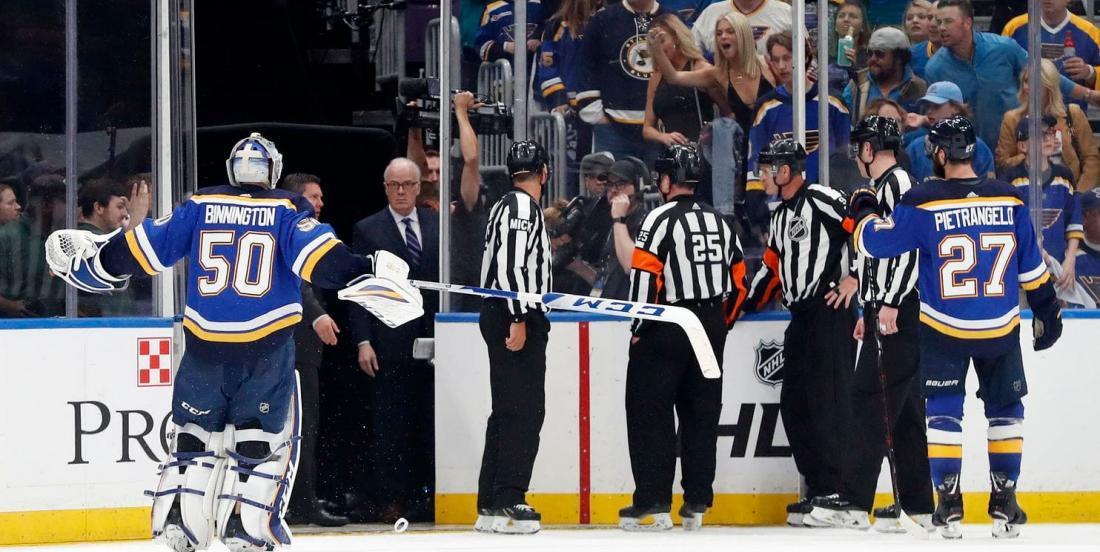 The St. Louis Blues got screwed last night on a blown call by officials during Game 3 overtime after Erik Karlsson scored the overtime game winner off an illegal play, which left everyone frustrated and confused.

Even a well-respected player like Martin St. Louis, who won three Lady Byng trophies, suggesting he had a good understanding of the rule book during his legendary career.

However, St. Louis did not understand why the officials allowed the Sharks’ OT goal. As you have all seen by now, Timo Meier clearly hits the puck with his glove before it gets to Gustav Nyquist, but because the play wasn’t blown down at the time of the goal, it could not be reviewed.

St. Louis therefore demanded a change and made a sensible suggestion to prevent horrible miscalls from happening at the most important time of the game.

The issue is that the NHL and a majority of fans believe that this would have significant time to games, which has been a problem in the past. However, it feels like there should be a way from the Toronto’s Situation Room could quickly contact the officials on the ice to let them know that an illegal move or play took place…

Clearly, NHL commissioner Gary Bettman will need to take a look at this and might want to get in touch with former players like St. Louis to get it right.