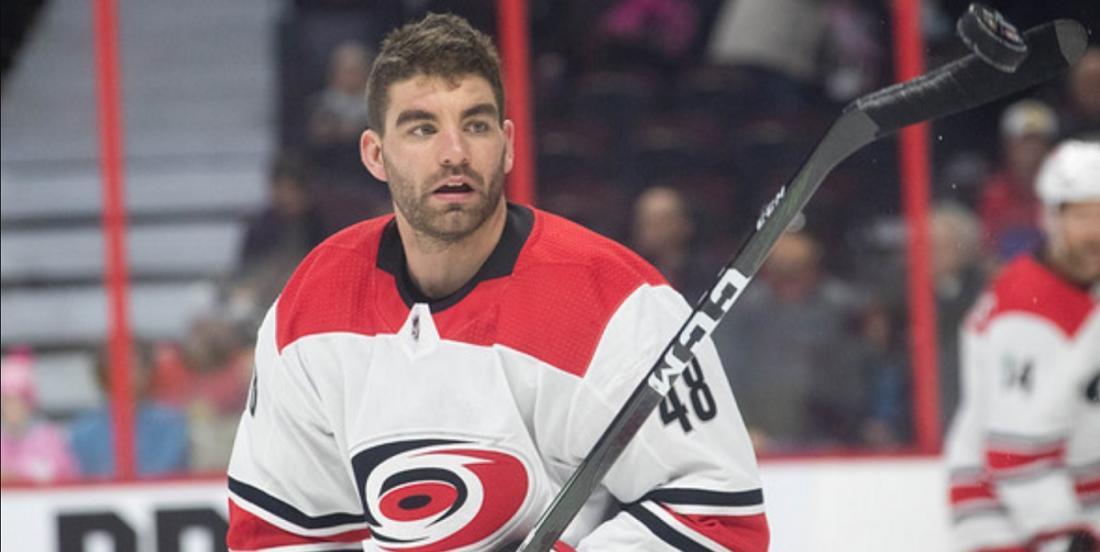 The National Hockey League and the National Hockey League Players Association agreed to move forward with a 24 team playoff format on Friday with 29 teams voting in favor of the proposition and only 2 voting against it. Over the weekend we learned why one of the teams, the Tampa Bay Lightning, voted no after Lightning representative Alex Killorn revealed that team's motivations and on Monday we learned why the second team, the Carolina Hurricanes, also voted know thanks to comments from Jordan Martinook.

Martinook spoke with Hurricanes insider Sara Civian and unsurprisingly the motivations for the Hurricanes dissenting vote was nearly identical to the one presented by Killorn and the Lightning. Although there were some key differences, at the end of the day it simply came down to the fact that the Hurricanes felt they would have benefited more from the traditional format, that is to say finishing out the regular season and entering the playoffs against 15 other NHL teams.

"It’s not like we didn’t want to play or anything, it’s just that we felt this particular option maybe didn’t benefit us — and it’s not gonna benefit every team, but this is just the stance that we took," said Martinook as per The Athletic. "Our team felt like we could have kept climbing and climbing in the standings, I’m not taking anything away from the top teams, but we felt like we could have kept climbing the ladder,” Martinook said on a Zoom call Monday. “(This format) doesn’t really benefit the teams that are in 5, 6, 7 and 8 so it kinda hinders those teams. Then it obviously gives a lot to 9, 10, 11 and 12. It didn’t really benefit our team in any way."

Martinook has a very good point here. The team the Hurricanes are now slated to face had almost no chance of making the playoffs and, to make matters even worse, they also just so happened to beat the Hurricanes everytime they faced one another this season, the New York Rangers. To his credit though Martinook seems to be focused on the positives now, mainly how this new and exciting playoff format might actually turn into a positive for the sport.