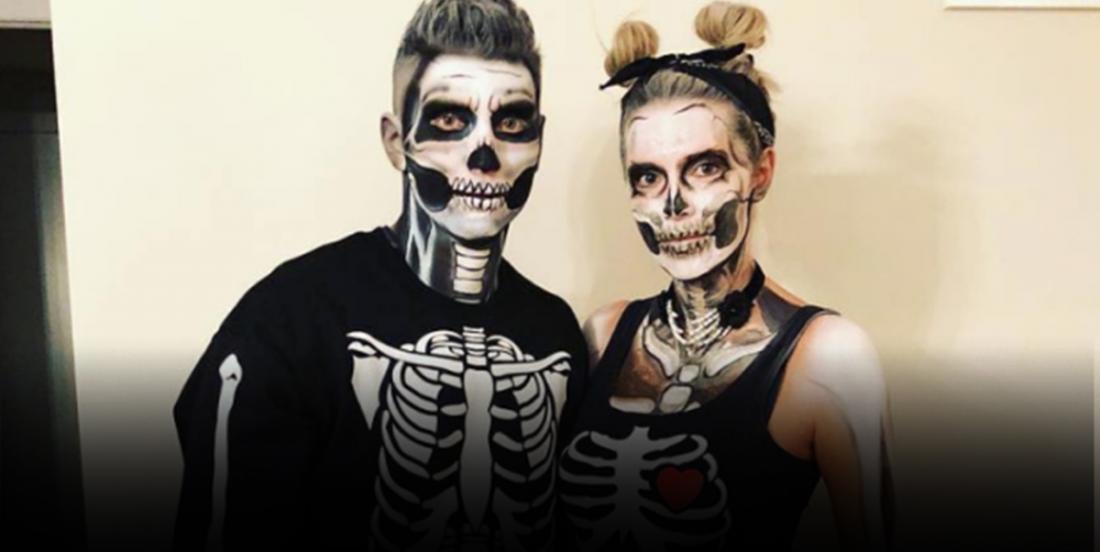 Ottawa Senators star Matt Duchene took to social media to announce his wife Ashley’s pregnancy last night, but with it being the “Spooky Season” and all, the couple decided to put a Halloween twist on the announcement.

Check out their matching costumes and take a close look at Ashley’s in particular:

How awesome is that!?

Congrats to Mr. and Mrs. Duchene on the news! The couple have been together for years and finally tied the knot in the 2017 offseason. This will be their first child.

The Duchenes weren’t the only Senators dressed up for Halloween last night though as the team got together for a team party during their night off. Some of the shots have created a buzz on social media, so much so that word of the costume party got back to head coach Guy Boucher.

“I saw a few of those pictures, yeah,” Boucher said with a chuckle. “There were some quite funny ones in there. They really had some fun. Those moments are really important. They’ve given everything they got since the beginning and they’re responding in all the right ways, and so when they asked me to push practice back so that they would have everybody stay [at the party] long enough to create those funny moments, those relationships, that chemistry, instead of just showing up [for] one hour and leaving … I was real happy to do so. When they give, I give.”

Check out some of these beauties:

We’re partial to Mark Stone and Brady Tkachuk as Ricky Bobby and Cal Naughton Jr. from the Will Ferrel comedy Talladega Nights, but Cody Ceci and his girlfriend Jamie Thompson’s Steve Irwin “Crocodile Hunter” get up is pretty great too.

Off the ice it's clear that this new Senators squad is having, but on the ice the team has been even better. Pegged by most analysts to be amongst the worst teams in the NHL this season, the pesky Sens are off to a surprising 3-2-1 start. Unfortunately, they'll be without the services of rookie Brady Tkachuk for at least a month as he recovers from a torn ligament in his leg.