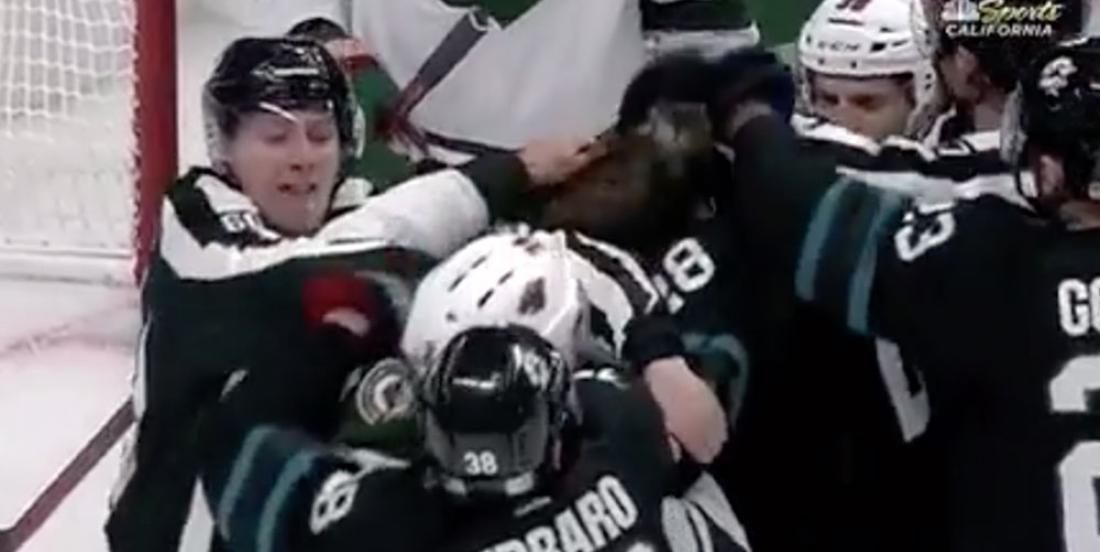 Of course, this meant that tensions ran high in the game, and it affected defenseman Matt Dumba during a scrum that erupted in front of his goalie Devan Dubnyk. As tempers flared, Dumba was caught pulling Sharks forward Timo Meier’s hair in an unexpected move by an NHL player…

Dumba was quite lucky not to get caught by the officials and did not have to think about his questionable move in the penalty box.

I guess Dumba grabbed whatever was close, but surely it looked weird to see grown men fighting over some hair!