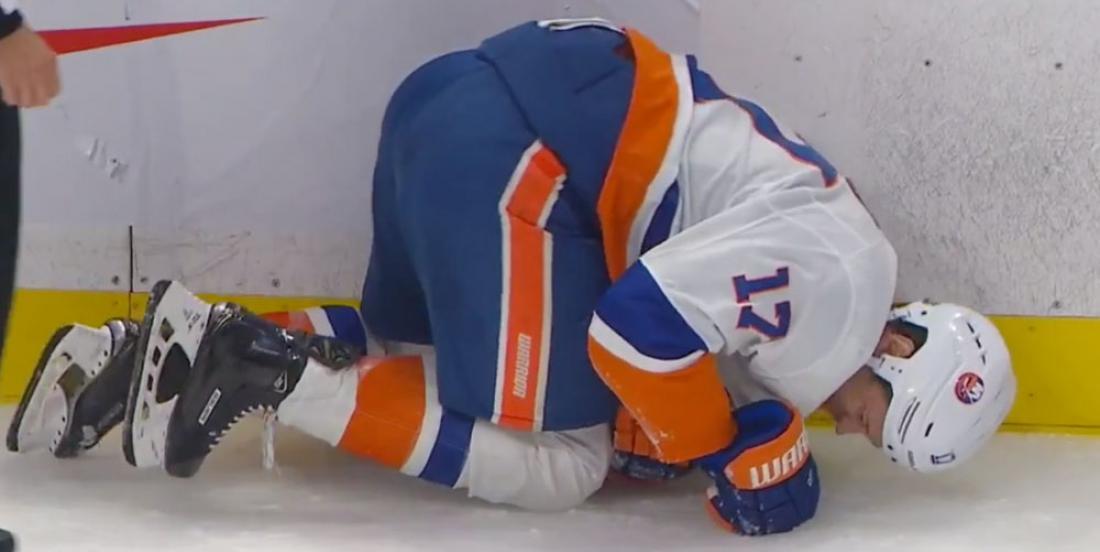 The New York Islanders have giving the Ottawa Senators a beating on Friday night, however, they ended losing quite a bit in return.

Despite leading 4-1 in the second period - thanks to defenseman Nick Leddy’s two goals - the Islanders lost forward Matt Martin to a freak injury as he was skating for a change.

Martin collided with the boards next to the Senators’ bench, but Ottawa had failed to close their door properly. The veteran ended up hitting his knee on the open door and felt to the ice in pain.

He needed to help to get off the ice and as he did, Cal Clutterbuck went over to the rival team’s bench to talk some smack. Not long after, he ended up dropping the gloves with Sens tough guy Mark Borowieicki and both players were given misconducts.

The Islanders lost two forwards on that play…

We certainly hope Martin will be better soon after this freak injury. He managed to record one goal before he left the contest in pain...