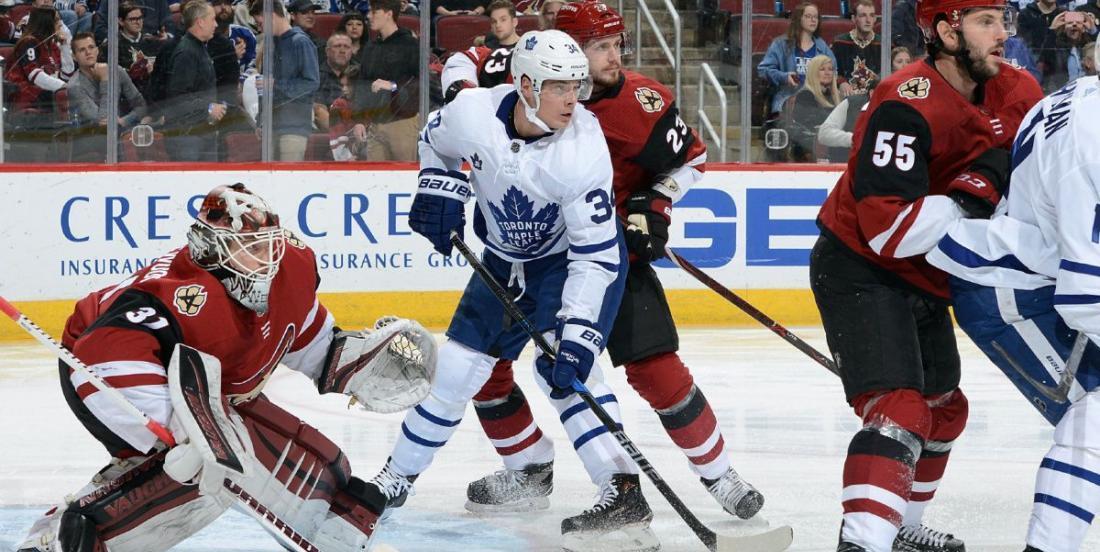 We haven't seen one in a while, but it feels more and more likely that an offer will be coming Auston Matthew's way.

When we look at the situation taking place in Toronto with the Maple Leafs facing quite the cap crunch issue moving forward, it is easy to imagine a rival club coming in with an offer sheet for Matthews, whom the Leafs simply cannot let go...

Earlier this season, Sportsnet’s Chris Johnston suggested there’s a “strong belief” inside the industry that Matthews will be a prime offer-sheet target if unsigned by July 1. While Leafs GM Kyle Dubas has been talking to the kid's agent and looking to get a deal done before another chaotic situation ensues - remember William Nylander and his impasse - Dubas remains confident his team won't have to face an offer sheet from a rival club.

However, TSN's Bob McKenzie was asked - once again - if fans would indeed be witness to an offer sheet this year, and the NHL insider had some interesting comments on a recent rumor he had heard, concerning Matthews.

“Now, there’s all sorts of rumors out there. And one of the rumors - and I stress a rumor, McKenzie explained on the NBCSN Overtime show Wednesday evening. "If it was a report, if there was any evidence to back this up, I would say it. But he’s an Arizona boy. So there’s all sorts of speculation that the Arizona Coyotes would come in on a one-year max deal, $16 million a year that would make it difficult for the Toronto Maple Leafs to match.

“That’s the kind of talk that’s out there. Whether it happens or not remains to be seen. But there are a lot of people who believe if there were ever there were a time when other NHL teams might want to take advantage of a team like the Toronto Maple Leafs on a player like Auston Matthews or Mitch Marner, that this would be it."

Now to be clear an offer sheet does not mean the Leafs would simply lose Matthews should he choose to sign one that the Leafs are not comfortable matching. A player of Matthews caliber would be well over the $10.15 million dollar mark that would push compensation on such an offer sheet to 4 1st round draft selections, so no small reward to be sure.

That being said the Leafs would obviously prefer keep Matthews on their roster and build a contender around him for years to come, but it would sure make it difficult for the Leafs to match...

"I know there are teams, general managers, talking to their owners and saying, ‘Hey, this whole offer sheet concept, this is one we should revisit," added McKenzie. "This might be the summer to break the ‘no offer sheet’ mold that’s been so prevalent for so many years.’”

Matthews and his teammate Marner are in the final year of their entry-level contracts, and are eligible to sign extensions at any point this season. The rumour of an offer sheet sure spices things up...