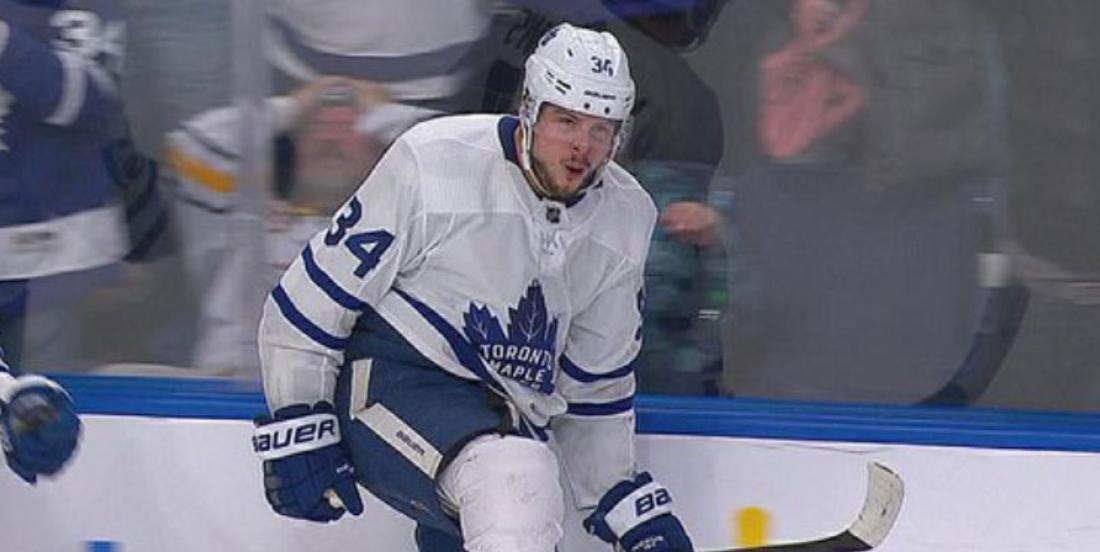 We don't need to say it again, or do we?! Toronto Maple Leafs Auston Matthews is back from his shoulder injury and the star player has picked up where he left off before he was pushed to the sidelines for four weeks.

On Tuesday night, the Maple Leafs faced the Buffalo Sabres and Matthews got involved quickly with the first goal of the game. And of course, it was an incredible goal. The 21-year-old player made a spectacular play to score on wraparound and registered his 14th goal in 14 games for Toronto. He made a leaping grab of a deflected Ron Hainsey shot and brought it down for the wraparound to give Toronto a 1-0 lead at 8:33 of the second period.

But that wasn't enough.

The Sabres were going for their seventh straight win at home and were hoping to put an end a three-game losing streak, however Matthews broke their hearts when he scored in the dying seconds of overtime to lead the Maple Leafs to a 4-3 victory.

Matthews managed to score his 15th goal in just 14 games this season by ripping an absolute snipe 2.7 seconds before the buzzer went off in Buffalo.

You can see the entire goal sequence in the video above, atop of the article.

Sabres captain Jack Eichel did everything he could to make his club victorious. He tied the game 2-2 at 2:39 of the third when he one-timed Rasmus Ristolainen's pass from the left circle. He then capitalized on a Maple Leafs turnover to put the Sabres ahead 3-2 at 12:57 with a shot from slot.

However, veteran forward Patrick Marleau tied it 3-3 with 5:13 remaining and Matthews took care of the rest and so, the Maple Leafs have won five straight games.