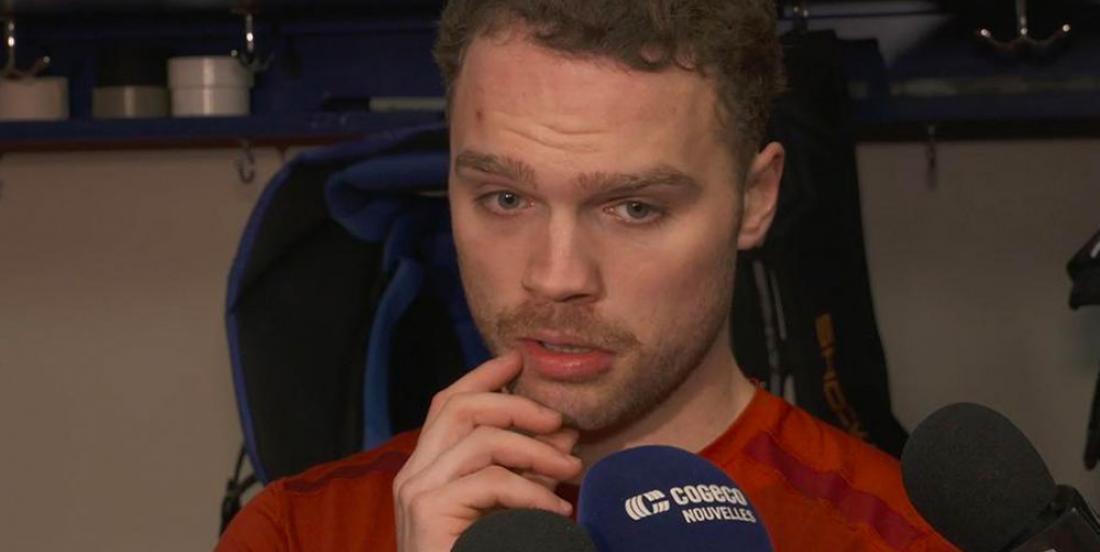 We can understand that Max Domi is looking to seduce his new fans in Columbus, he who was acquired by the Blue Jackets last week in a trade from the Montreal Canadiens. However, he should be able to tell that fans in Columbus are passionate hockey fans who know the game.

He was reportedly so excited to come to Columbus that he forgot all about the moves that GM Jarmo Keklainen was forced to do recently to make sure his club can compete in the postseason next year. He went out there stating that Columbus was going after the Cup, though it feels like a lot more will need to get done than adding Domi and Mikko Koivu to their roster.

“Columbus is right there and it’s a team that’s ready to win the Stanley Cup,” Domi said.

“That team is outstanding, and any way I can help them and jump in there and do my part to help them get over the hump and become Stanley Cup champs is the goal,” Domi added. “It’s a special group and I’m very grateful and fortunate to be a part of it.”

We love to see that Domi is excited about playing for the Jackets. That enthusiasm alone would have been enough for fans. Now to be told that they are ready to win a Cup, that’s something else. First of, all fans hope their favourite team is playing to be winners, champions, there is no doubt about that. However, fans also want to see that their club has what it takes for it and that newly-acquired players are ready to do the work to make it there.

Domi should have said that instead…

“I never got a chance to go far in the playoffs. That is my No. 1 goal, and individually, you realize that more and more once you get more experience and you see the teams and players having that success as a team. That is something that drives me right now, and that’s the reason I signed with Columbus.”

Maybe Koivu will be able to help Domi better express himself to the media once they spent time together as new teammates.