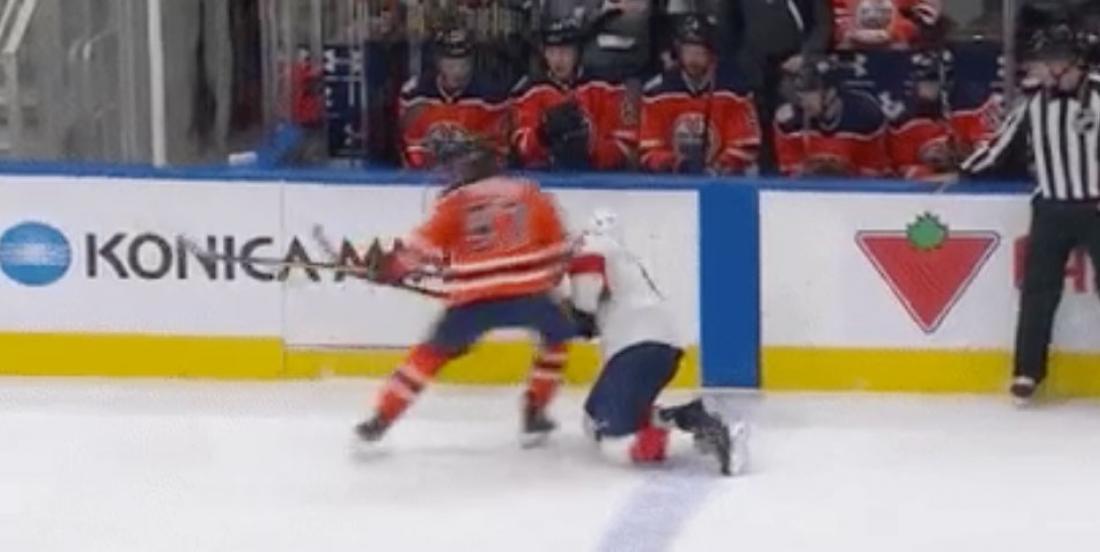 Maybe the Oilers' captain has had enough after all...

Edmonton Oilers captain Connor McDavid has been making headlines for weeks, leading his team and doing most of the work to ensure the Canadian club can remain in playoff contention during the last stretch of the season. At the start of this week however, the star player made headlines when he was victim of a dangerous hit that went unpunished.

The controversy rose on the play that saw McDavid crosschecked into the boards by Hampus Lindholm of the Anaheim Ducks without penalty on Sunday. The officials and the NHL were criticized for the decision, especially since the league did not discipline Lindholm for the hit that launched McDavid shoulder-first into the boards, stating that Lindholm does not have a reputation for unsportsmanlike behaviour and no penalty was assessed on the play.

Afterwards, several insiders, including Sportsnet's Nick Kypreos went on to say that this should convince McDavid to take matter into his own hands and send a message to the entire league.

"If I'm Connor right now, and I have issues and I know my lineup's tough but they are not consistent for me or they're not there for me, whether you're Connor McDavid or any of the other stars, you almost have to start taking matter into your own hands."

The Oilers' captain might have had enough after all when he pulled quite a dangerous hit on Florida Panthers' star blue liner Aaron Ekblad on Thursday night. McDavid bailed out his Oilers once again when he managed to tally two goals — including the tying score with eight seconds left in regulation - leading his team to a 4-3 win over the Panthers. McDavid also crushed Ekblad, who found himself in a vulnerable position.

It feels like McDavid had time to notice that Ekblad had fallen to his knees at the blue line, but still went on with the hit.

To be fair though, the officials didn't call a penalty on the play. So maybe, they don't call penalties on or against McDavid?!

What did you think of the hit on Ekblad?