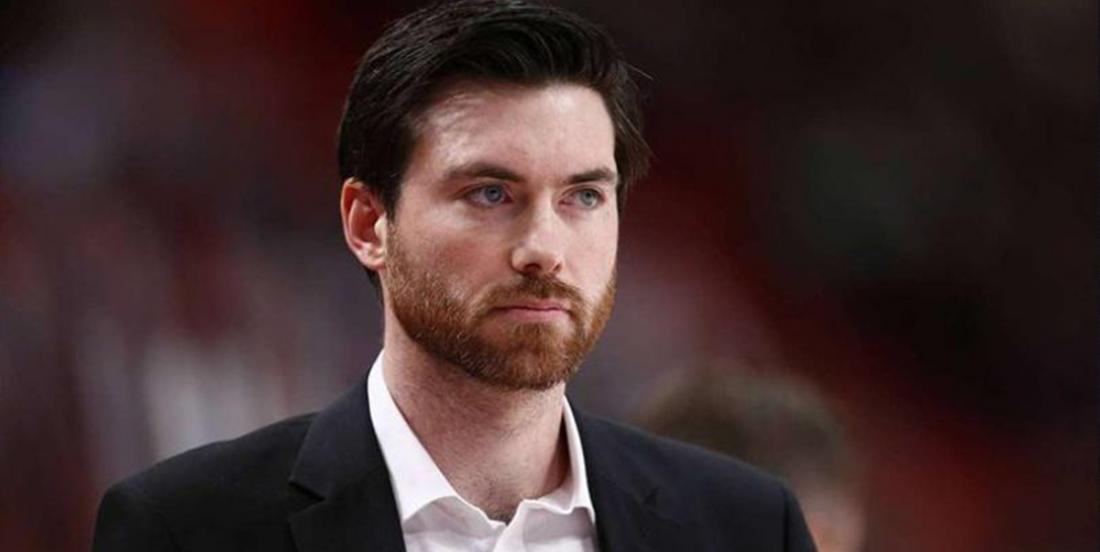 The 33 year old former NHLer steps behind the bench as the Blackhawks new head coach. What should we expect?

In Quenneville’s place is 33 year old Jeremy Colliton, who earns a promotion from the team’s AHL affiliate Rockford IceHogs. If that name sounds familiar, it’s probably because you recognize Colliton from his brief NHL career with the New York Islanders. The former 2nd round pick (58th overall) of the Isles back in the 2003 NHL Entry Draft, played just 57 NHL games with the Isles over the course of five seasons. He also represented Team Canada at the 2004 World Junior Championships, winning a gold medal with Blackhawks defenseman Brent Seabrook. Both Colliton and Seabrook are the same age… and with Colliton being Seabrook’s boss, things could get interesting.

Colliton has just one season of head coaching experience at the AHL level under his belt, but it’s an impressive one. During his rookie season last year, he went 40-28-8 and leading the IcHogs to a conference final. Despite not having much high end skill and talent available to him with the IceHogs, Colliton managed to get the most out of his players and his message really seems to resonate. He’s a players’ coach no doubt about it… he’s younger than veteran Hawks players like Duncan Keith, Cam Ward and Chris Kunitz, so he has an easy time relating to his squad.

It’ll be interesting to see how things change under Colliton’s leadership, but suffice it to say that things will never be the same in Chicago again. Under 10 years of coach Quennville, the Blackhawks won three Stanley Cups and were a perennial Cup contender. It may take some work to get back to stage, and it may never come, but you have to respect the team’s strategy of bringing in some young blood in order to get back to the top.