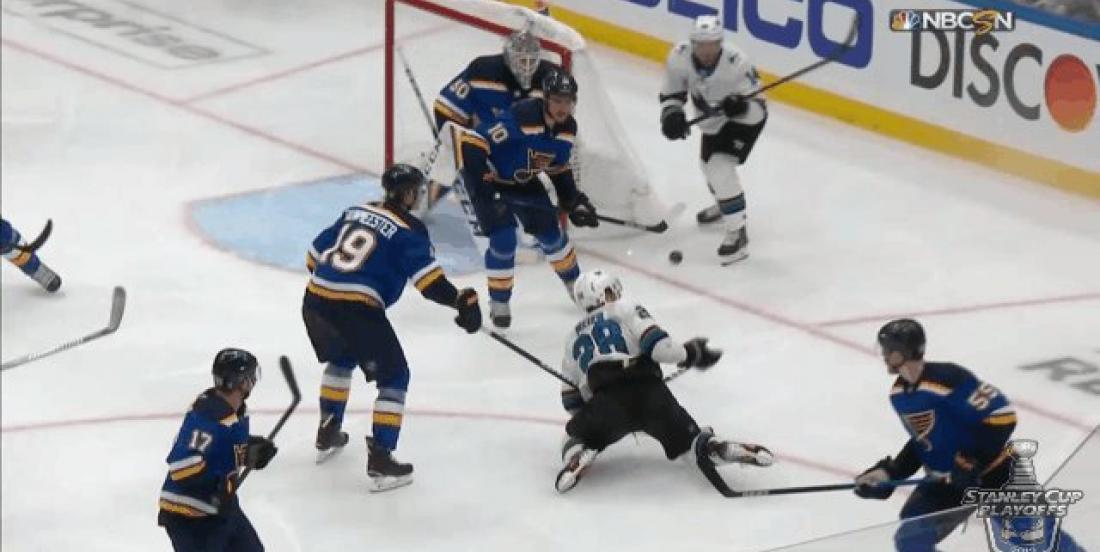 The San Jose Sharks met again with media this morning after the team’s skate as reporters still had questions concerning their controversial win last night.

As you have all seen by now, Timo Meier clearly hit the puck with his glove before it got to Gustav Nyquist, but because the play wasn’t blown down at the time of the goal, it could not be reviewed. Erik Karlsson therefore scored the overtime game winner off an illegal play, and the Sharks won 5-4 and took a 2-1 series lead over the St. Louis Blues.

Facing the media at the podium, Meier was asked to explain his perspective on the controversial goal and his answer only added, well, some more controversy.

“It’s a fast game out there. I know I was tripped up and I fell and the puck hit me. Sometimes you react to pucks coming at you. Like [Logan] Couture said mistakes happen. I am just happy we got the win.”

We wonder how badly did the Sharks wanted him to shut up. While he had no other choice to admit that the puck had touched him, because believe it or not the NHL made the bold move to credit him with an assist on the goal, he did not say it was with his hand. However, the fact that he does know it was a mistake might make Blues fans even more angry and his management might want Meier to keep quiet next time.

Meier should have known better, especially since the Sharks have been so good at dealing with officiating controversies since the start of the postseason.

The Sharks and Blues reunite on Friday night in St. Louis for Game 4.