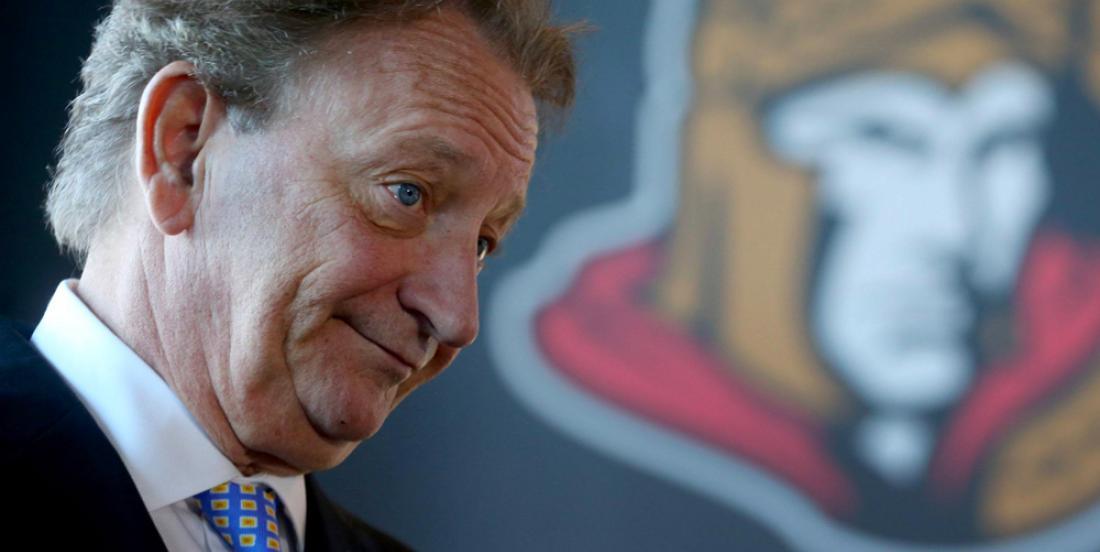 Officially, the Sens are in a "rebuild" that started in earnest with the sell off of players like Karlsson, Stone and Matt Duchene. It's been a tough slog for Sens fans the past few years, but at least a young core of players like Thomas Chabot and Brady Tkachuk are beginning to emerge. Sens fans have been mostly patient, which makes Melnyk's comments about the team's fanbase from yesterday seem even more odd.

Criticism? What do you expect when you trade away the team's best players and turn your locker room into a circus? If anything, Sens fans have been too lenient on GM Pierre Dorion's moves, probably because their real hatred lies with Melnyk.

I mean... just how out of touch is this fossil?