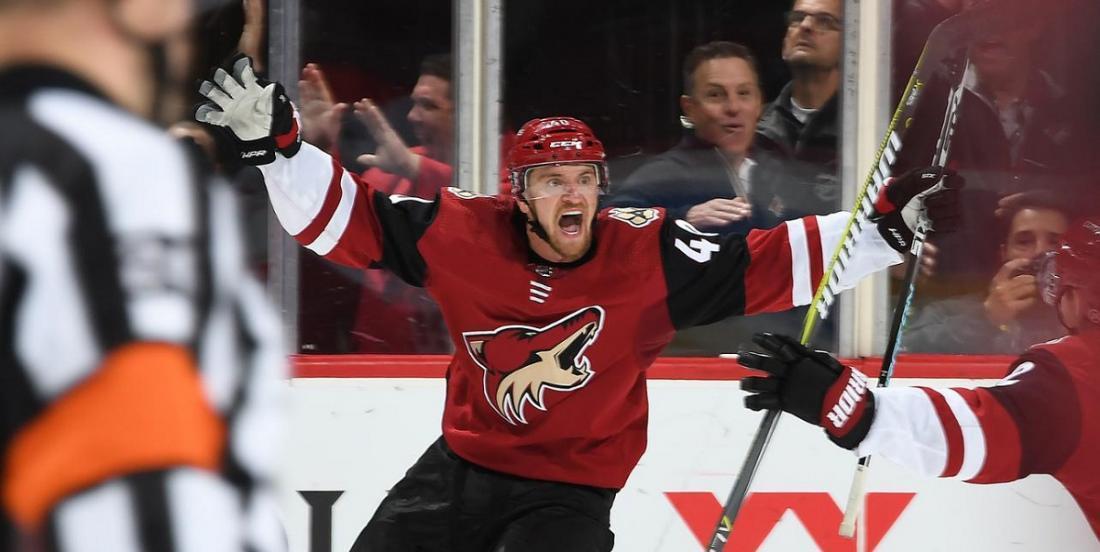 Grabner's contract to be bought out.

The National Hockey League is headed into what many expect will be the most tumultuous offseason in recent history and with the salary cap crunch imposed on the league's teams by the pandemic, there will no doubt be some cap casualties among all the chaos.

We've already seen quite a few this week, including big names like New York Rangers goaltender Henrik Lundqvist, and now the latest one comes courtesy of the Arizona Coyotes, this time in the form of veteran forward Michael Grabner. The 32 year old native of Austria has, according to comments from NHL insider Elliotte Friedman, been placed on unconditional waivers by the Coyotes for the purpose of buying out his current contract with that team. This moves comes as something of a small surprise when you consider that Grabner was entering the final year of his contract, but the Coyotes will still get some notable savings from this move.

Had Grabner been allowed to playout his deal it would have resulted in a cap hit of $3.35 million for the Coyotes, but that will now see a significant drop down to just $833,333 for the 2020 - 2021 season as a result of this buyout.  Buyouts, as is always the case, do come with long term ramifications for the team exercising them and this time those ramifications will come in the form of a cap hit of just over $1.25 million for the 2021 -2022 season, a big difference from the $0 Grabner would count for against the cap had he been allowed to finish out his deal.

Are those savings enough to justify buying out this deal? Perhaps. But there may be a little more than meets the eye to this move as well. There have been significant rumors over the last several days regarding the future of Coyotes defemseman Oliver Ekman Larsson, specifically as it pertains to the possibility of him being traded and this leads me to believe that the Coyotes are going to try to recoup some of the draft picks they have lost as a result of penalties imposed on the organization by the NHL. Taking on bad contracts from opposing teams would likely be the most surefire way to gain some of those assets back, something the Red Wings did last week in their acquisition of Marc Staal and a 2nd round pick from the New York Rangers, and under that scenario making as much cap room as possible does make sense.