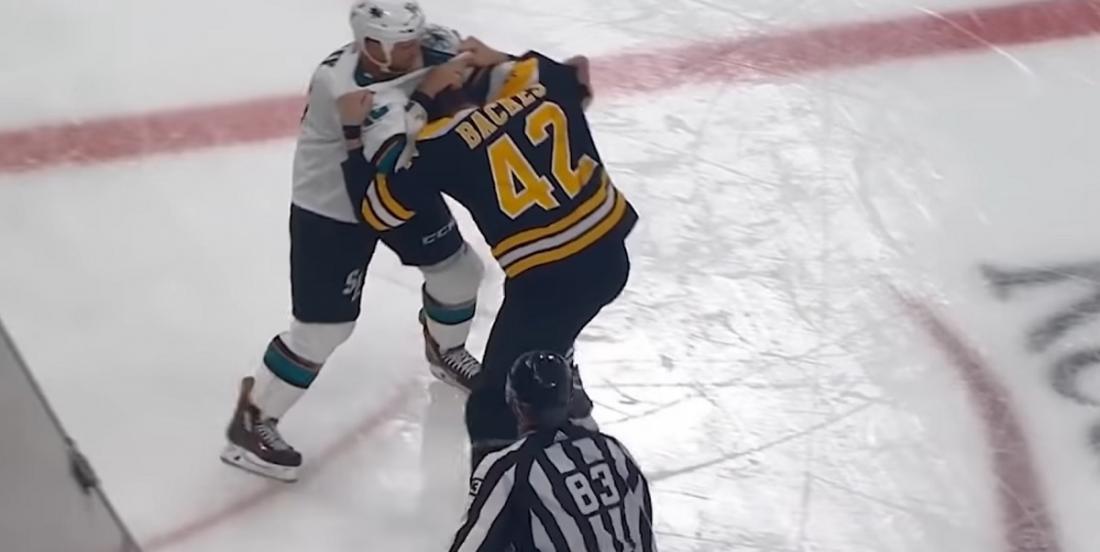 Michael Haley tells the real story behind his beatdown of David Backes.

Haley with a rather unflattering story.

I have to admit this one rubbed me the wrong way a little in spite of the fact that it was meant to be a fun or funny type of story.

Veteran National Hockey League forward Michael Haley was a recent guest on the Cam and Strick Podcast featuring former NHL enforcer Cam Janssen and NHL reporter Andy Strickland, and during that podcast he shared some details about a recent fight with then Boston Bruins forward David Backes. It was during the recounting of that story that he, I believe unintentionally, painted Backes as much more of a victim than I had originally believed upon first watching this fight, taking away all of the glory Haley had earned for it at least in my eyes.

To give you a brief summary, Haley explained that he had challenged Backes prior to the face off only to learn that the Bruins veteran wasn't willing to drop the gloves. Now I can't blame Backes one bit for shying away from the confrontation, at this stage of his career he was already in serious decline and his concussion issues were a factor in that, but declining to fight simply wasn't enough.

As you can hear Haley tell in his own words, he effectively makes it clear to the hosts that he told Backes he would pummel him regardless of whether or not he was a willing combatant. Backes was then forced into a fight that he was ill prepared for and one that he was unwilling to participate in, and was crushed by Haley in the process no doubt further exacerbating his concussion issues.

First here is the retelling of this story in Haley's own words courtesy of a short clip from the podcast:

I can certainly empathize with Haley's perspective here. He knows why he remains a player in the NHL and it is not because of his dazzling puck skills and he came into this game fully expecting that he had to send a message for his new team. Although Haley could potentially have damaged Backes' own career by rocking him so badly in this contest, his own career could potentially have been at risk if he had failed to act when there was an expectation for him to step in.

For those of you who have never seen the incident that led up to the fight and the fight itself, here's the whole thing on video: