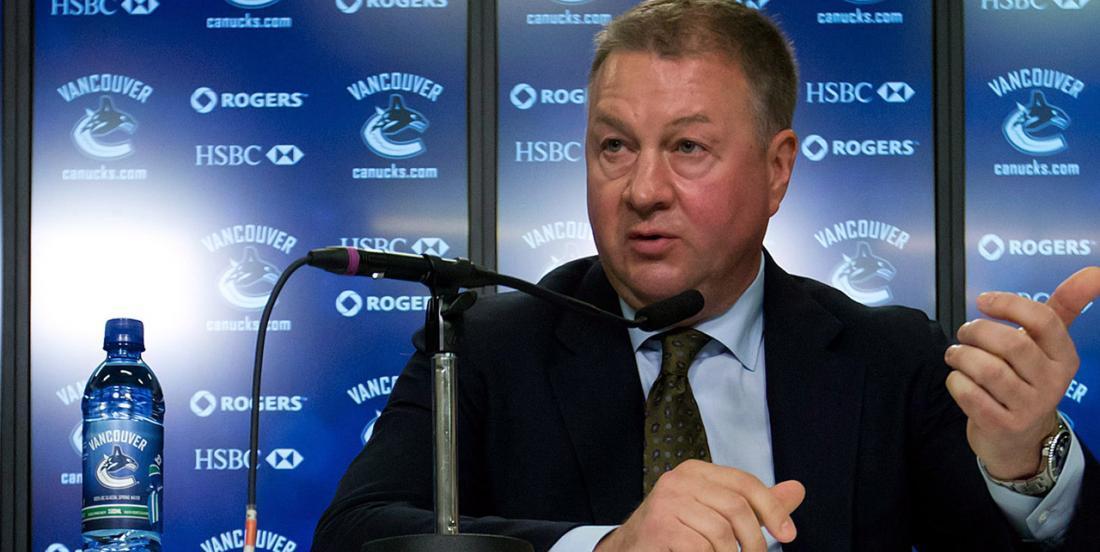 Gillis on his way back to the NHL?

Many feel that this one is long overdue, but it now sounds like there is a legitimate chance that we may once again see former Vancouver Canucks general manager Mike Gillis at the helm of a National Hockey League franchise.

According to comments made by Sportsnet's NHL insider Elliotte Friedman on Saturday, Gillis was recently interviewed by the New Jersey Devils organization for their currently vacant general manager's chair. That position is of course technically being occupied by current interim general manager Tom Fitzgerald, however according to Friedman the Devils' intend to continue to interview candidates in spite of the fact that Fitzgerald is being considered for the position at this time.

"Tom Fitzgerald was widely praised for the job he did and one of the things I kind of wondered was would the Devils elevate him to the permanent GM status because his work was praised," said Friedman. "I'm told the answer to that question is no they will continue with the search as the initially indicated, Fitzgerald obviously a very serious candidate but they will upon it up elsewhere."

It sounds like the Devils have already been very busy in that regard and according to Friedman the aforementioned Mike Gillis was one of the first candidates on the Devils' list of potential future general managers to be interviewed by the organization.

"One of the first people they have spoken to is the former general manager of the Vancouver Canucks, Mike Gillis. Now they can interview Gillis because he is not tethered to any team at this point in time, the search is going to continue after the season with any candidates who are currently with teams. Gillis is the first, as far as I know, external candidate to be interviewed for this job."

Gillis of course achieved significant success during his time as general manager of the Vancouver Canucks, but there were reported rifts between him and members of the organization that would eventually lead to his dismissal. For example many view the hiring of head coach John Tortorella as the final nail in Gillis' coffin, however Gillis would later reveal that the move had been made due to the insistence of team owner Francesco Aquilini, a man who many believe was directly involved in many of the hockey decision that would have normally be handled by the general manager.

I have no doubt Gillis would love another chance to prove himself as an NHL GM, and he could very well be getting that in New Jersey.