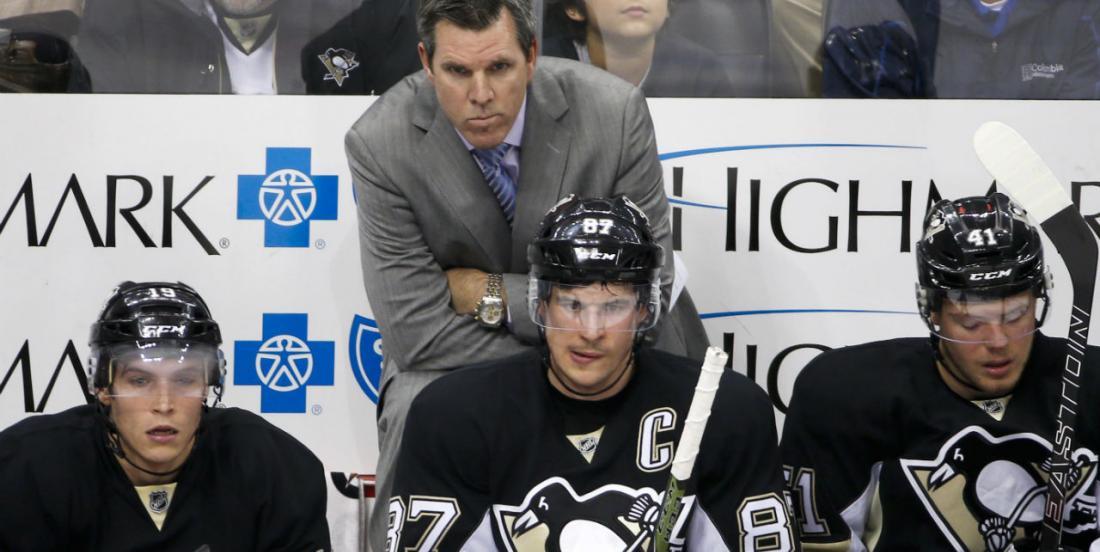 Mike Sullivan, the next coach to get fired?!

He better watch out…

This is certainly a very difficult decision,” general manager Stan Bowman said in a statement. “But I believe it is in the best interests of the Blackhawks organization. We need to maximize each and every opportunity with our playoff goals in mind and create continued growth and development throughout our roster at the same time.

“After much deliberation the last several days, with great respect to what Joel has meant to the Blackhawks, we knew we had to make a change.”

While the Hawks knew they had to make that change, Arizona Coyotes insider Craig Morgan of Az Central, made the following comment on his Twitter account, which could make Pittsburgh Penguins head coach Mike Sullivan nervous…

"Of the five teams that have won the Stanley Cup since 2010, four (Chicago, Boston, Los Angeles, Washington) have different coaches than the guy who led them to those Cups. Heads up, Mike Sullivan."

The Penguins haven't have the start of the 2018-19 season the way they probably expected... In 13 games so far this season, the Pens have a 6-4-3 record, and have now lost four straight and have only scored six goals over that span, the most recent contest at the hands of the New Jersey Devils last night, by the score of 5-1.

On top of that, they faced the Toronto Maple Leafs on Saturday, and did not manage to record one single goal as they lost 5-0 to the Canadian team... This may be a slump that they can’t afford to ignore.

However, before Sullivan feels the heat from the hot seat, it is important to mention that the Penguins are dealing with a lot of injuries at the moment.  The injury to top defenseman Justin Schultz may have exposed a bigger hole than they had thought, especially seeing that blue liner Olli Maatta has also struggled at times since the start of the season. Forward Derek Brassard’s injury has caused some roster shuffling, however, on top of that, the Pens' third line hasn’t been productive... To make things worse, team insider Dan Kingerski thinks Phil Kessel could be dealing with a lower-body issue...

To be fair to Sullivan, Morgan's tweet was only an informative one... However, it remains scary for the head coach, especially if the Pens do not improve quickly.