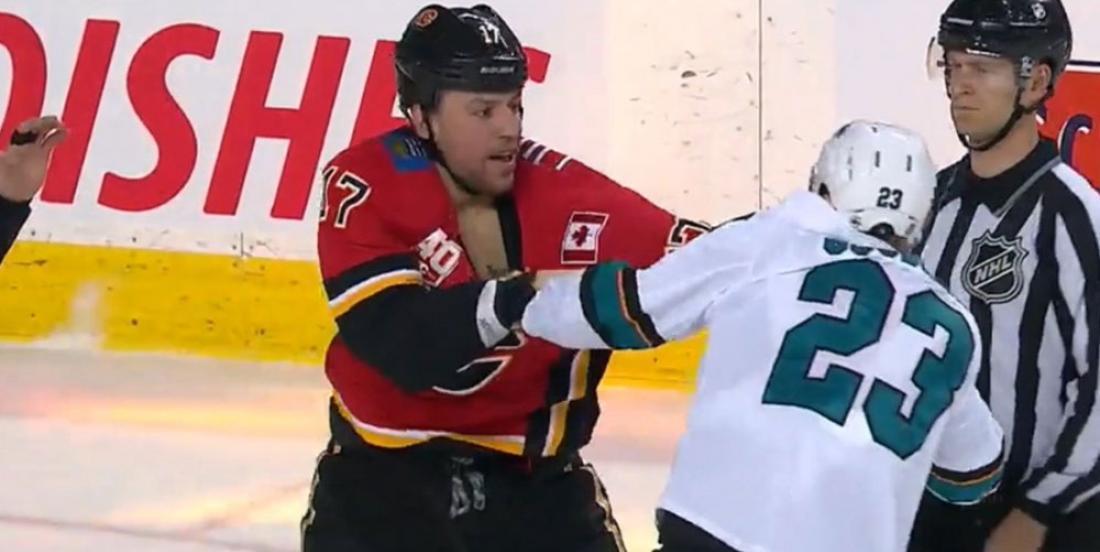 The Edmonton Oilers and Calgary Flames met twice in the Battles of Alberta last week and fans were stunned to see that despite the many fights that took place between the two teams, Milan Lucic had not been part of any of them.

Lucic started getting criticized a lot by the Flames’ fans, wondering when he would finally drop the gloves and defend his younger teammates.

Well, Lucic finally got the message and dropped the gloves on Tuesday night against San Jose Sharks’ Barclay Goodrow.

With the Flames and Sharks tied at 0 at the end of the first period, Lucic had to answer to his actions when he hit Evander Kane and was asked to dance by Goodrow.

It did not have the effect Lucic was hoping for: the Flames ended up losing 3-1 to the Sharks.