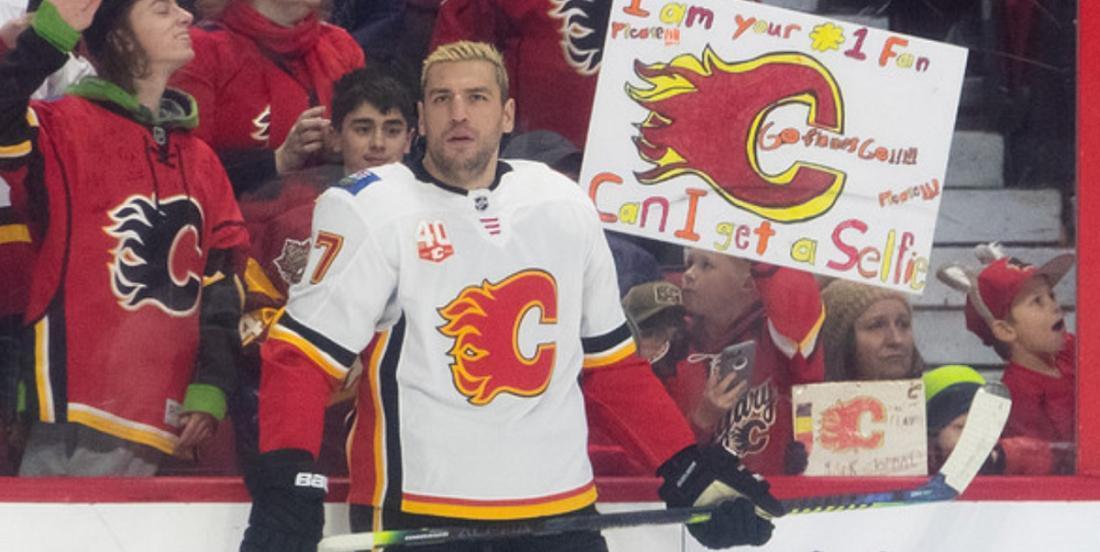 Lucic believes he would have caught Neal.

Calgary Flames forward Milan Lucic was recently a guest on the Spittin Chiclets podcast and during that episode the Flames bruiser made some very interesting comments about his time in Edmonton with the Oilers, his eventual trade to the Calgary Flames, as well as comments about the conditional pick attached to the trade, one that relies on both his performance and the performance of the player he was traded for, Edmonton Oilers forward James Neal.

In order for the Flames to acquire a third round pick out of this deal, Neal had to score at least 21 goals on the season and Lucic had to score at least 10 fewer goals than Neal on the season. At the time of the season being stopped Neal had 19 goals and seemed to have a real shot of hitting the 21 goal mark, and Lucic only had 8 goals which seemingly put him on pace to lose that race by 10 or more goals. Although it was looking like the Flames would get the pick that same pick now hangs in limbo as a result of the current situation, a situation that Lucic finds amusing.

"I think it is hilarious that its what it has come down to right now," said Lucic on the podcast. "If you ask me the condition should stand, but I'm not the rule maker. I think its funny that here we are with what should have been 12 games left and we are 11 goals apart."

As things stand right now the Calgary Flames would not get the pick, although how the NHL will eventually rule on that is anyone's guess at this point. Lucic however believes that he was starting to get hot towards the end of the season and would have closed the gap on James Neal, something that would have cost the Flames that third round pick.