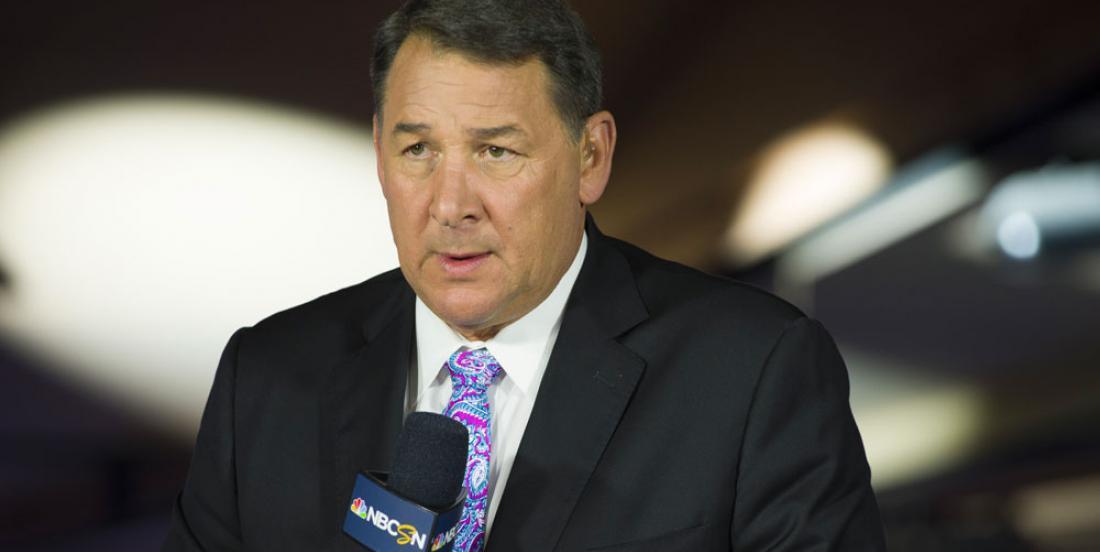 In case you missed the news of the past 24 hours, the Nashville Predators have fired longtime head coach Peter Laviolette and replaced him with former New Jersey Devils head coach John Hynes.

Prior to Hynes’ hiring this morning though, NBC analyst Mike Milbury went on a tirade about the Predators’ players, calling them out for being overpaid and underperforming.

“I think the problem in Nashville is down the middle,” Milbury said on Monday’s broadcast. “Johansen, Duchene, and Turris, all chronic underachievers. You’re not gonna win with those guys in the middle. You can’t count on them. Johansen had one playoff season where he was going pretty good till he got hurt, but the rest of these guys, when the moment comes, they have faltered.”

“… I don’t see this middle as being anything I’d be afraid of to go up against. These guys I think are overpaid and underperforming.”

So… how do you fix the problem, Mike?

“Houdini, it would be Houdini to get them going here in the middle,” he said. “These guys … they bark a lot. That’s not good enough for me. They don’t try hard enough down the middle here. And if you have that in that key position, you’re never gonna be successful.”

While there’s little doubt that Johansen, Duchene and Turris HAVE to get things going, doesn’t some of the blame have to lay with Laviolette?

The irony in all of this is of course: