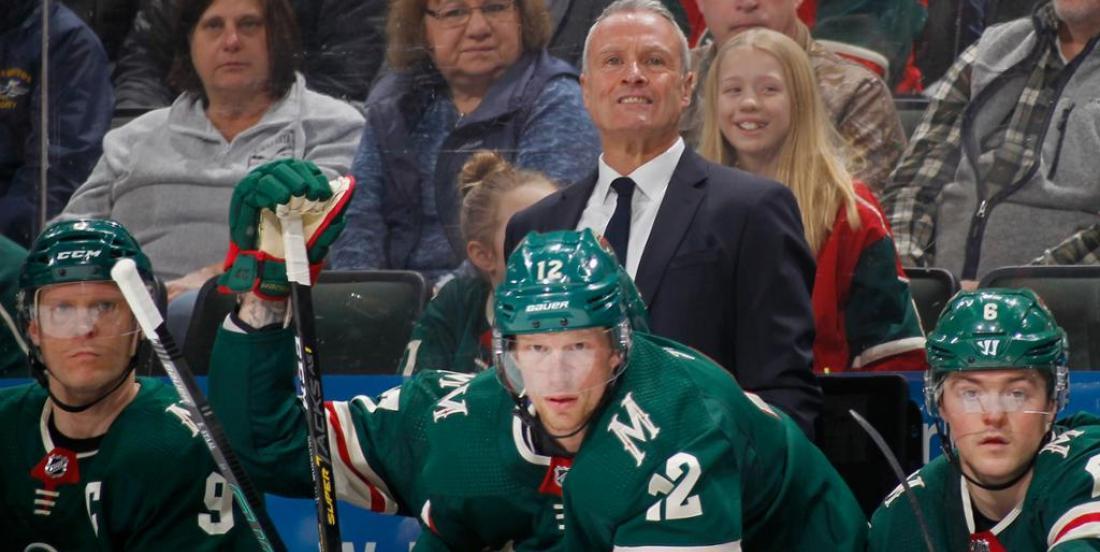 Minnesota Wild general manager Bill Guerin has spoke glowingly of Wild head coach Dean Evason in recent weeks and it seems like his public opinion on his interim head coach very much matches up with his actual opinion on the man.

According to something of an unexpected press release from the Wild on Monday morning, the team has decided to strip Evason of his interim tag and has instead named him the organization's full time head coach. The move comes off the heels on the firing of former Wild head coach back in February and it was at that time that Evason took over in the interim position. Evason has since had a very short time to work with his players, due in large part to the shutdown of the National Hockey League as a result of the COVID-19 pandemic, but it seems that the work he has done in that short time has impressed the new Wild general manager.

Guerin himself released a statement marking the announcement on Monday:

"I am very excited to announce that Dean Evason is our full-time head coach," said Guerin as per the Wild's official website. "Dean has done a fantastic job as our interim head coach and deserves this opportunity. I look forward to watching our team under his leadership going forward."

The move comes just in time for the start of training camp where the Wild will begin preparations for the upcoming Stanley Cup Qualifying round and the Stanley Cup Playoffs. It is unquestionably a vote of confidence from the general manager but it will also serve to cement Evason's place as head coach in the mind of his players at a time in which he will most need to command their respect both on and off the ice.