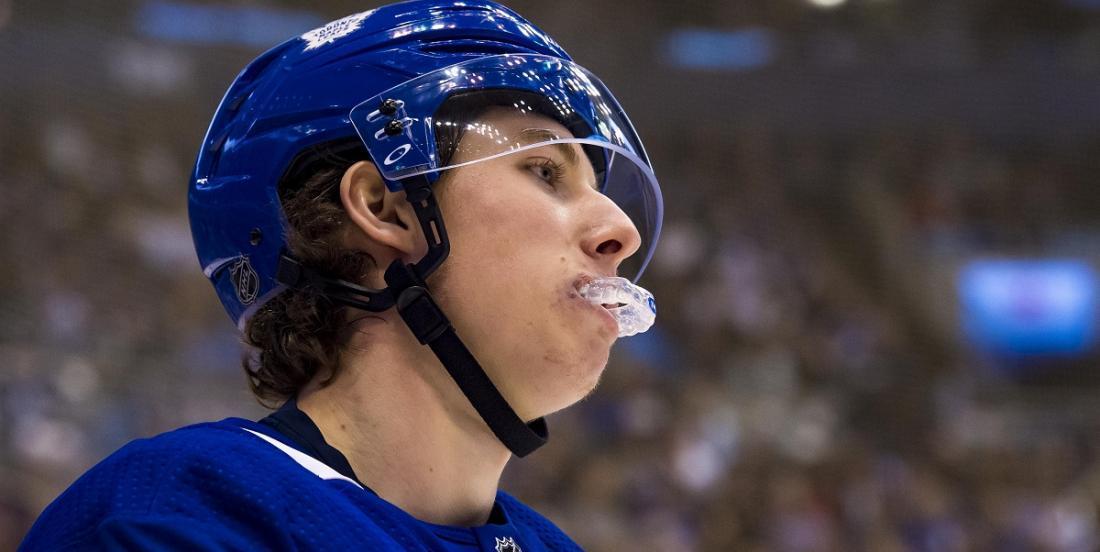 The Toronto Maple Leafs had one of their worst performances of the season on Sunday night when they allowed the Florida Panthers to effectively march all over them on their way to what was a blowout victory. The final score had the Panthers winning this one 8 - 4, but even that scoreline is deceptive and doesn't demonstrate just how badly outclassed the Leafs were after uninspired performance from their players.

Unsurprisingly a ton of criticism following the game has been placed at the feet of Maple Leafs goaltender Frederik Andersen who continued something of a recent slump in form, but Anderson's teammates were not so quick to let him take the blame for last night's performance. One Maple Leaf in particular not only refused to blame Andersen for the loss but was quick to instead point the finger at himself and the rest of his teammates, calling out the team for hanging their goaltenders out to dry.

"We're leaving our goalie out to dry on multiple goals tonight. It's so unfair to them & we got to be way better," said Mitch Marner as per TSN Mark Masters.

Marner was then asked how things went so wrong and although he was not prompted to do so, he once again came to the defense of Andersen. Again Marner made it a point to acknowledge that it was he and the other Leafs leaving their goaltenders in difficult positions throughout the game.

"Forcing stuff in the middle but, at the same time, no F3, we got guys diving in, we got people leaving our goalies out to dry, it's been too many games now."

It is true that the Maple Leafs got off to a catastrophic start in the first period with the Panthers jumping out to a 3 - 0 lead, and again Marner was quick to point out that it was the players giving some of Florida's top stars an easy path to their goaltenders and to the back of the net.

"Right off the start there, off the bat, we're giving their best players walk-ins to the net & it's unacceptable."

There may be a lot of people blaming Frederik Andersen this morning, but Mitch Marner clearly is not one of them.