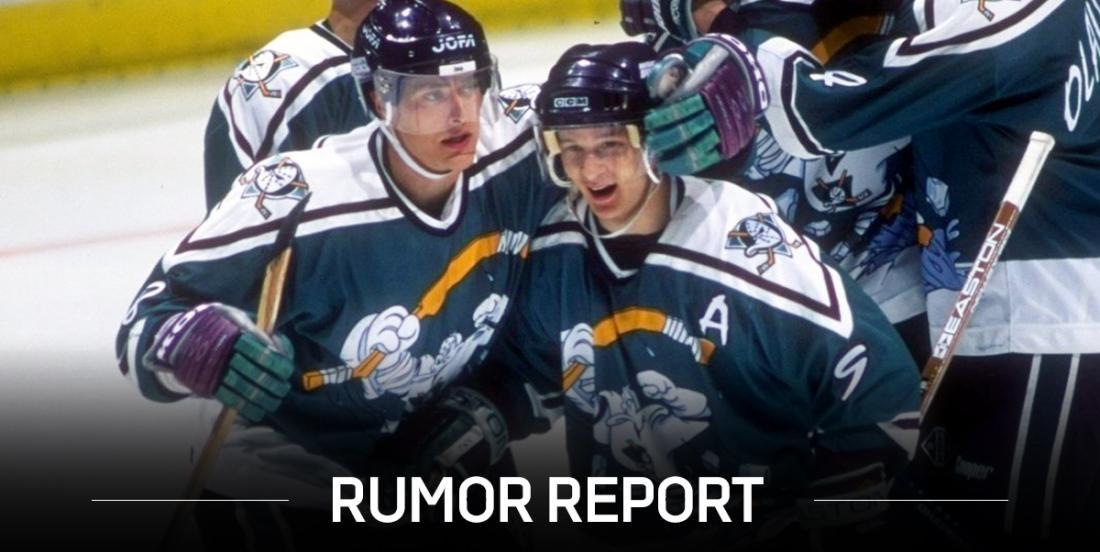 In case you missed it earlier this week, NHL jersey and logo database Icethetics published a report on some rumoured vintage jersey leaks involving the Pittsburgh Penguins and Philadelphia Flyers. According to the report the Pens and Flyers are throwing things back to the 1990s with "Reverse Retro" jerseys.

Today though Icethetics is reporting on some more Retro Reverse jersey leaks and this time it invovles the Vegas Golden Knights and the Anaheim Ducks. But Vegas doesn't have anything retro, you say? Pish posh... the Las Vegas Thunder were a major player in the IHL during the 1990s and as a result, the Golden Knights are using the Thunder's classic 90s uniform as their template.

But, let's get real... we all know why you're really here: Wild Wing.

Yep, that's right, the Ducks are throwing it back to the Mighty Ducks days and will reportedly wear an orange version of their atrocious Wild Wing inspired sublimated jerseys for the upcoming season.

Maybe I'm not just one for nostalgia but... this is ugly as Hell.