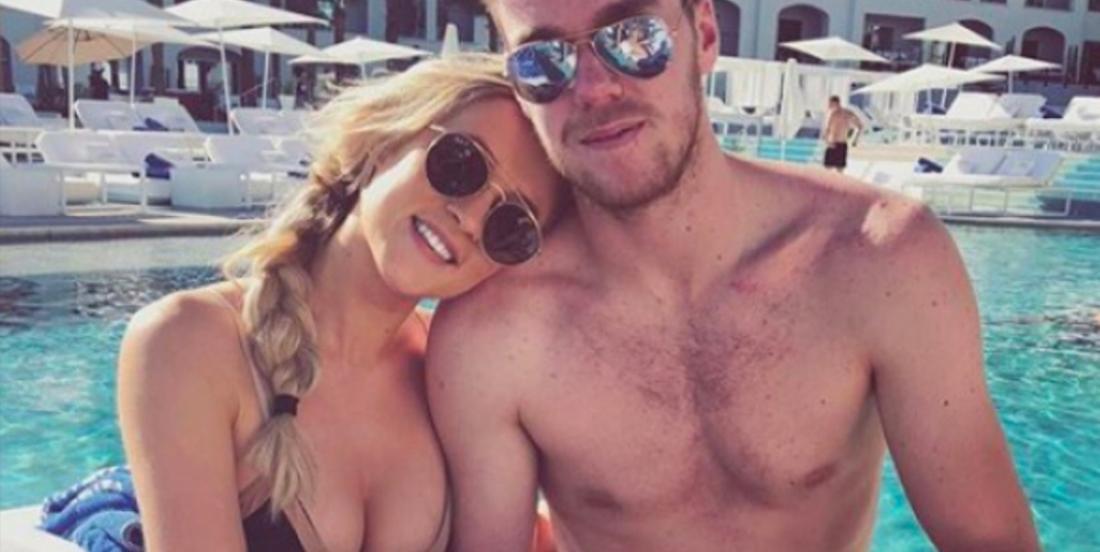 In case you missed the news yesterday Washington Capitals forward Brendan Leipsic found himself at center of a controversy after some of his group text messages were leaked online via a friend’s Instagram story.

In fact, Leipsic goes off on a number of women including Pearson's wife, Jett Woo's (Canucks prospect) girlfriend and Connor McDavid's girlfriend Lauren Kyle. Check out this screenshot of Leipsic making fun of Kyle's legs:

Dude... what is your problem!? You're just browsing other people's photos so you can chirp their girlfriend to your buddies? Pretty cool...

Time for some honesty, Brendan. You've played for five teams over the past five years and can't seem to find a place to stick. Maybe, just maybe you're the problem. You seem to have a lot of problems with some of your teammates, but have you ever considered looking in the mirror?

“Yesterday my friend’s Instagram account was hacked and an individual circulated images that are representative of private conversations I was a part of,” Leipsic said. “I fully recognize how inappropriate and offensive these comments are and sincerely apologize to everyone for my actions. I am committed to learning from this and becoming a better person by taking time to determine how to move forward in an accountable, meaningful way. I am truly sorry.”

“We are aware of the unacceptable and offensive comments made by Brendan Leipsic in a private conversation on social media. We will handle this matter internally.”

“The National Hockey League strongly condemns the misogynistic and reprehensible remarks made by players Brendan Leipsic and Jack Rodewald in a private group chat that has surfaced on social media. There is no place in our League for such statements, attitudes and behavior, no matter the forum. We will address this inexcusable conduct with the clubs and players involved.”

Suffice it to say any day where the NHL, your team and ultimately yourself are forced to apologize for your stupid actions is a bad day.