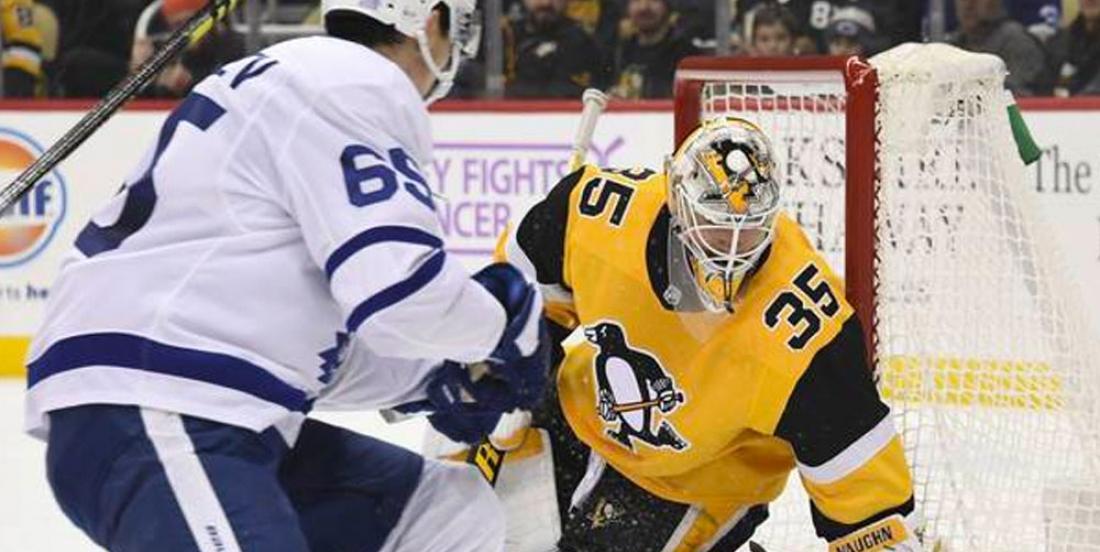 ​The rumour now calls for more players in the mix!

The Maple Leafs are looking at different options on the trade market to get a hand in between the pipes - and at this point - it feels like any help would do as Toronto sustained a sixth straight loss last night to the Vegas Golden Knights.

A few days ago, rumours of a potential trade with the Pittsburgh Penguins emerged as it was reported that Leafs general manager Kyle Dubas could be trying to acquire goalie Casey DeSmith or Tristan Jarry.

However, Greg Wyshynski of ESPN goes up a notch and suggested an ever bigger trade between the Leafs and Penguins. He believes Dubas should
go further by flipping defenseman Tyson Barrie and a sweetener to the Penguins for fellow unrestricted free agent defenseman Justin Schultz.

It is not the first time Barrie’s name has been mentioned in trade circles since the start of the season. His poor start continues to worsen. The defenseman’s recent play and smaller salary of $2.75 million makes it hard for the cap-strapped Maple Leafs to get a decent return, but he remains in speculation to be moved.

As for the Penguins, it feels like they can’t get a convincing win without their captain Sidney Crosby, who is sidelined after undergoing core surgery. They had a two-goal lead last night over the New York Islanders, but ended up losing in overtime after Matt Murray failed to keep his team in the lead. Is getting rid of a young backup goalie the right move?

We all know how fast things can change, so it remains to be seen if this rumour will live long enough to come to fruition.

One thing that hasn’t changed in Toronto is the fact that head coach Mike Babcock remains a hot topic and … on the hot seat!