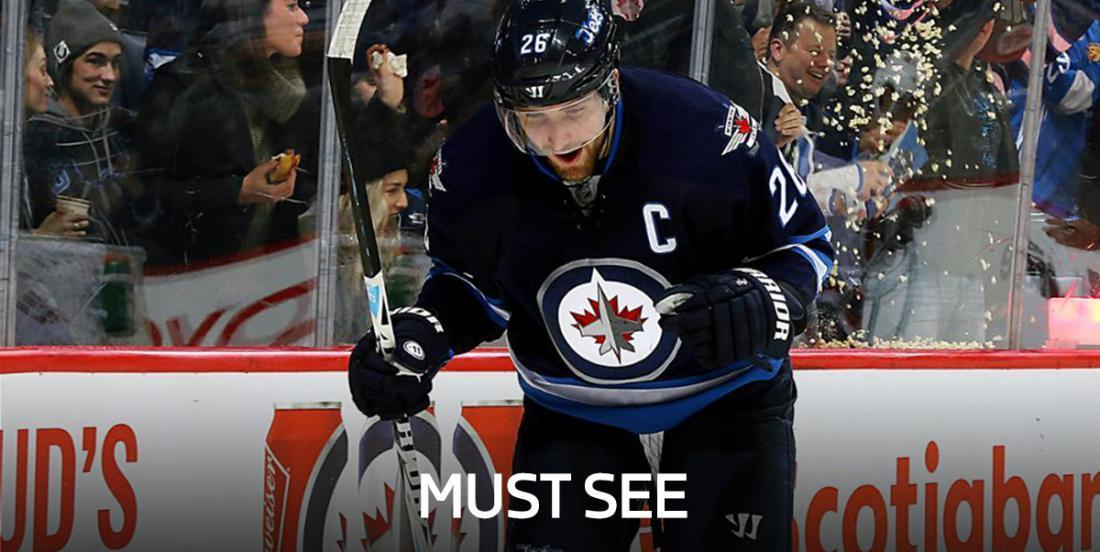 Winnipeg Jets captain Blake Wheeler scored a beautiful goal in the shootout to give his team a hard fought 2-1 win against the Calgary Flames on Saturday afternoon! Him and Brian Little scored for the Jets in the shootout. Here's a replay of their goals!

The Jets are currently first in the Central division with a record of 27-13-7. They won seven of their last ten games.

Drafted fifth overall by the Phoenix Coyotes in 2004, Wheeler played 744 games in the NHL so far with the Boston Bruins, the Atlanta Trashers and the Jets, scoring 213 goals and 354 assists for a total of 567 points. He added seven points in 25 playoff games.

The Jets will play their next game tomorrow against the Vancouver Canucks.