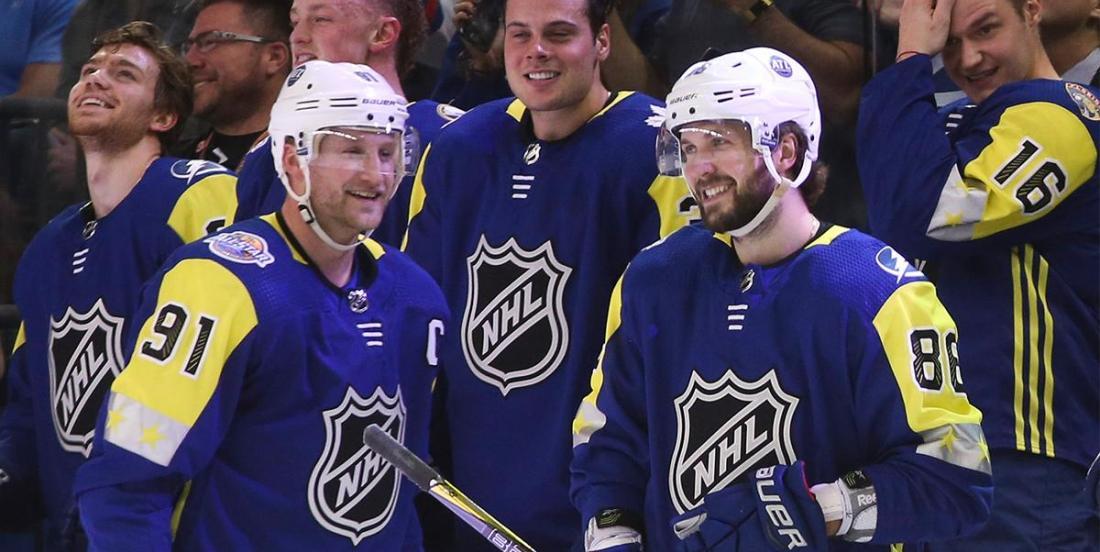 Priceless! How did this guy not win the MVP though!?

Kucherov, along with his Tampa Bay Lightning teammates Steven Stamkos, Brayden Point and Andrei Vasilevski, fell to Vancouver Canucks sniper Brock Boeser and Team Pacific in the All-Star Game final, but it was the opening game where Kucherov’s skill was best on display.

Look at the passing between Kucherov and Buffalo Sabres superstar Jack Eichel on this pretty play:

Even better, watch this no-move more from the Russian sniper to earn the hat trick:

Even better? His team’s reaction to the hat trick tally. Check it out:

How awesome is that!? Look closely and you’ll see head coach John Cooper was the one who encouraged his players to ditch their lids. Awesome stuff here. We love it!

With all due respect to Boeser… how does Kucherov NOT win MVP honors for the weekend?