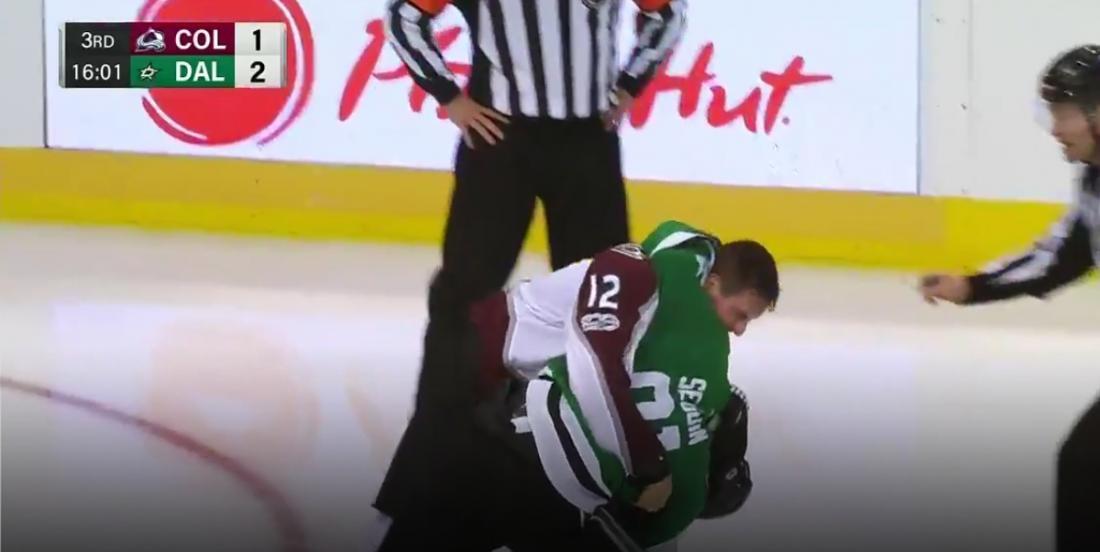 Tyler Seguin dropped the gloves for the first time in his career - and either he needs some practice or he should just avoid doing it from now on.

At least he tried.

He did score a goal and add an assist to complete his first ever Gordie Howe hat trick, so there is that!

The Dallas Stars would end up defeating the Colorado Avalanche 3-1.