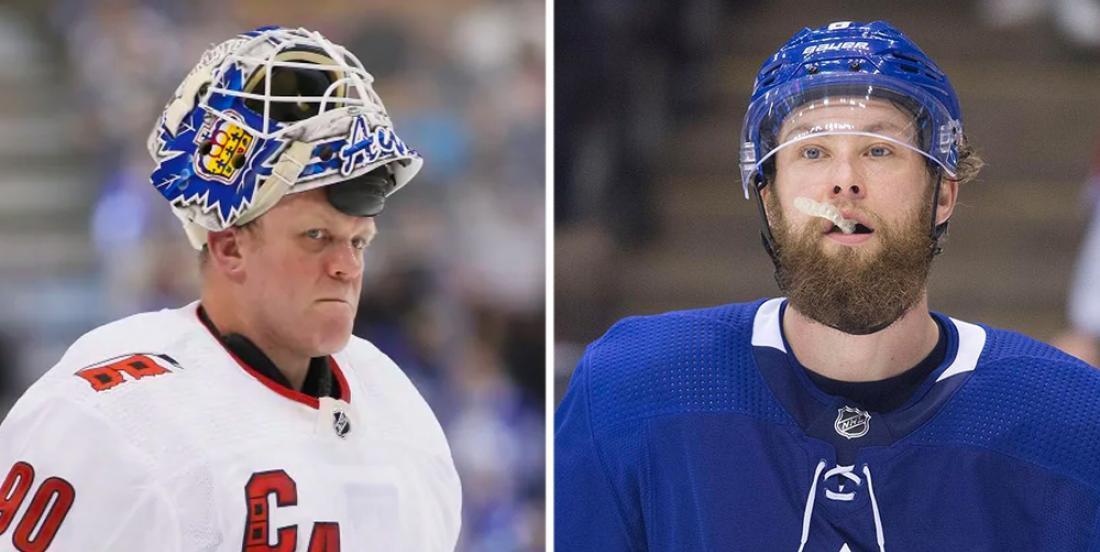 The Toronto Maple Leafs, despite being one of the most talented teams in the NHL, have become the laughing stock of the league. I mean… losing to a 42 year old AHL Zamboni driver will do that to you.

The Leafs, of course, completely rolled over on the Carolina Hurricanes this past weekend and put up perhaps the most pitiful performance of their season by barely testing emergency backup goaltender David Ayres. It was a historic moment that delighted most hockey fans, but absolutely embarrassed the Leafs organization.

Leafs GM Kyle Dubas already defended his team’s play from Saturday night, but he bizarrely said they were in a “no win situation.”

Uh… I’d say you were definitely in a “win” situation there, Kyle. After all you were essentially facing a beer league goalie… but okay, let’s go with your take on things.

Leafs defenseman Jake Muzzin had a better, more inspirational message for his team’s fans though. Essentially Muzzin says that Ayres wasn’t even a factor, the Hurricanes were simply a better team and deserved the win as a result of their play.

Now that’s leadership. Why doesn’t this guy have an “A” on his jersey already?