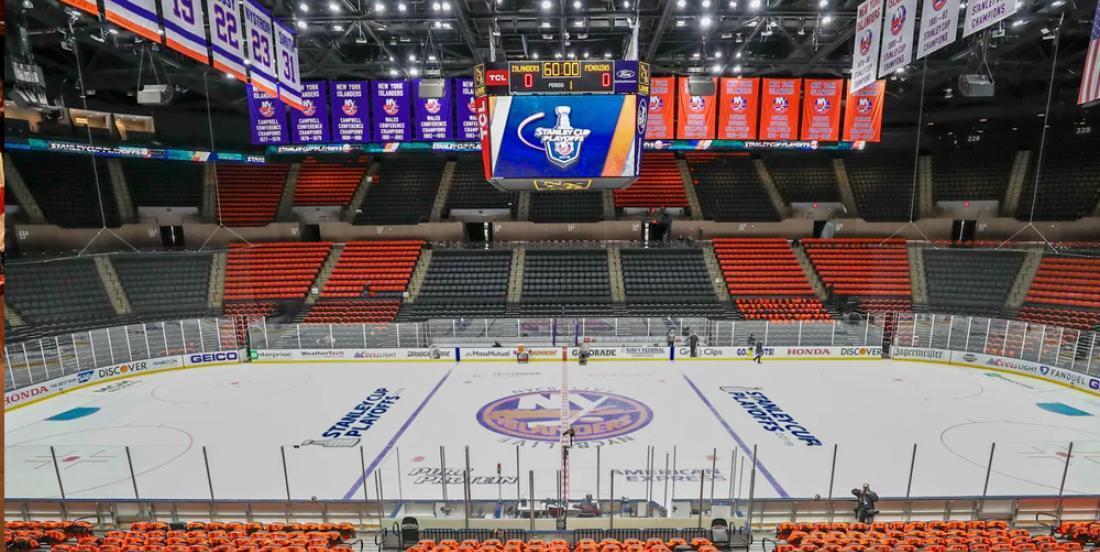 And just like that the Isles are a team without a home arena yet again.

Welcome back to Part 10 in a long running series that we’ll call, “Where the Hell do the New York Islanders Play?”

The Islanders, who effectively turned their back on Brooklyn’s Barclays Center, this past season in order to return to the legendary Nassau Coliseum while construction on their new facility at Belmont Park continues, are now without a home once again as the owners of Nassau Coliseum have announced that they’ll be closing down indefinitely.

Suffice it to say that this is NOT a positive development for the Islanders who were expected to play the entire 2020-21 season in Nassau Coliseum. The new arena at Belmont Park isn’t expected to be completed until the 2021-22 season.

“The unforeseeable and unprecedented Covid-19 crisis has had a devastating effect on the operations of the Coliseum and its finances,” Billionaire Mikhail Prokhorov’s Onexim Sports and Entertainment said in a statement. “While we still believe in the enormous long term economic value of the Coliseum and the development of the surrounding land, we recognize that such value will be best realized by other parties.”

The Coliseum closed for a $180 renovation in 2015, which forced the Islanders to move only to have them come crawling back due to the many shortcomings at Barclays.

Now though, it appears that the Islanders will have to once again head back to Barclays until Belmont is finished and ready for action. So again… where the Hell do the New York Islanders play?