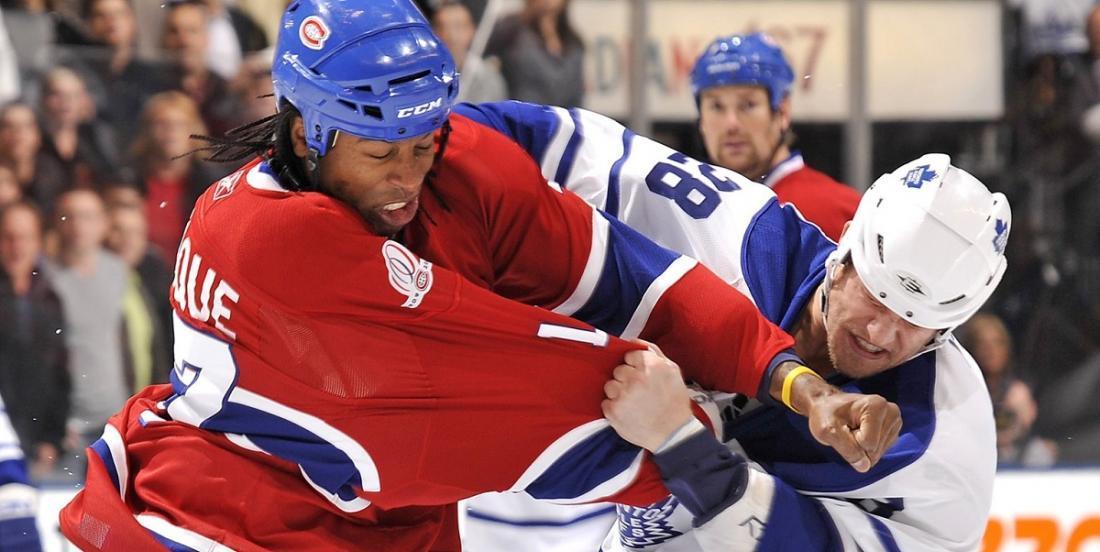 Laraque in a bad way.

Former National Hockey League enforcer Georges Laraque has started to document his battle with COVID-19, a virus that has run rampant across the world and one that has impacted the lives of millions and millions of people around the globe. Although absolutely anyone can fall victim to this disease I must admit that it has been a little more disturbing to see that a healthy, athletic, guy like Laraque has been laid low by this virus, given that he seemingly should be exactly the kind of person that could quickly recover from a situation like this.

Laraque has now published several videos on social media and as a result has provided us with a detailed account of what it really is like inside one of these hospitals when you are being treated for this potential fatal condition, and to put it mildly things are not pretty. Prior to becoming infected Laraque says he had been training several days a week to compete in an upcoming marathon, a challenge that takes excellent physical conditioning and stamina, but now says he finds himself out of breath simply from sitting up in bed.

“Now I can’t even get up without losing my breath. It’s insane,” said Laraque in his videos.

We will include his most recent video at the bottom of this article if you would like to hear him speak directly, however I must warn you that given that Laraque has become a big television and radio personality in Quebec a large part of what he says is in French, although he does share some details in English as well. Laraque goes on to describe how both of his lungs have been infected by a pneumonia and furthermore reveals that he now needs oxygen pumped through his nose at all times just to be able to breath.

“I have pneumonia in both my lungs, they’re affected by the COVID because I have asthma, I have to have oxygen blowing through my nose,” added the former enforcer.

Unfortunately it sounds like this ordeal will be going on for a while longer, Laraque did not give a specific timeline but did state that he will be in the hospital for a very long time before he has recovered.