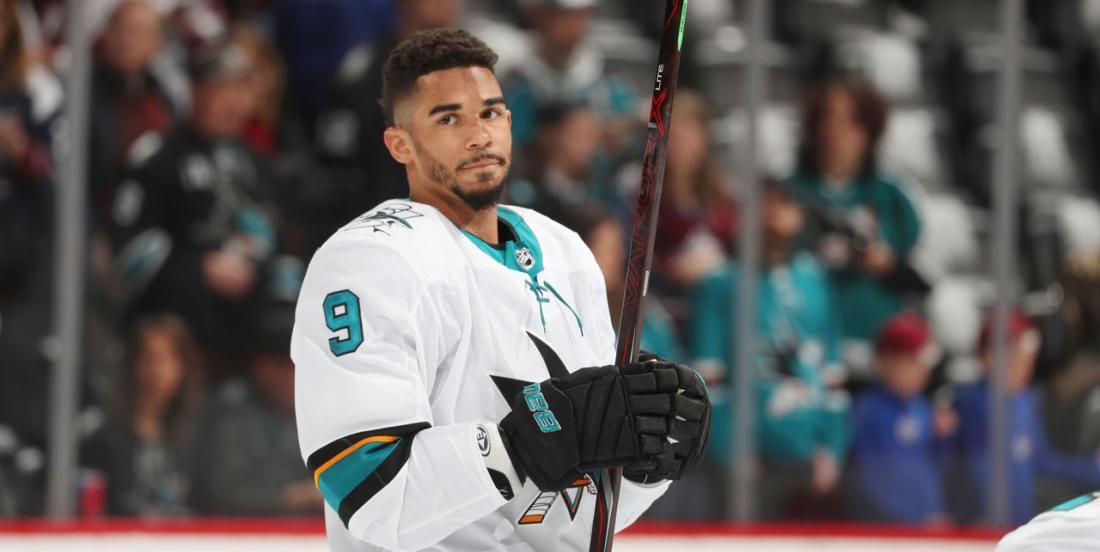 San Jose Sharks forward Evander Kane , who is the co-head of the Hockey Diversity Alliance, ripped the league Thursday for its social justice efforts thus far.

He wasn’t the only one criticizing the league’s efforts:  Colorado Avalanche forward and HDA member Nazem Kadri also noted the NHL’s lack of action.

“From a league standpoint, I think we’d like to maybe see a little more acknowledgment and having them address the situation and know that they stand with their players,” he said.

Finally on Friday, the NHL appear to respond to the comments made by its players, announcing it will show support for Black Lives Matter and other social justice movements when the postseason begins Saturday.

Players will wear “#WeSkateFor Equality" helmet decals and receive sweaters to customize with the hashtag and the name of a person or movement they are representing.#WeSkateForBlackLives will also be displayed on digital screens and seat coverings at Scotiabank Arena in Toronto and Rogers Place in Edmonton. The initiative is intends to honor frontline workers amid the coronavirus pandemic.

“We believe in terms of focusing on the need to combat racism and to also pay tribute to the responders from the medical community of COVID-19, we think we’ll be paying the appropriate respect and focusing on, particularly, social justice,” NHL commissioner Gary Bettman said, per NBC News’ Craig Melvin on Friday. “That is something that is a priority for us going forward.”

Is it enough though? If it isn’t, we know Kane and his members will be quick to demand that the NHL redeem themselves.

Kadri and Avalanche teammate Pierre-Edouard Bellemare stood side by side in solidarity with Minnesota Wild players Matt Dumba and Jordan Greenway during the anthems before the two teams squared off in an exhibition game Wednesday. All four players are racial minorities.

More developments in the past hours: