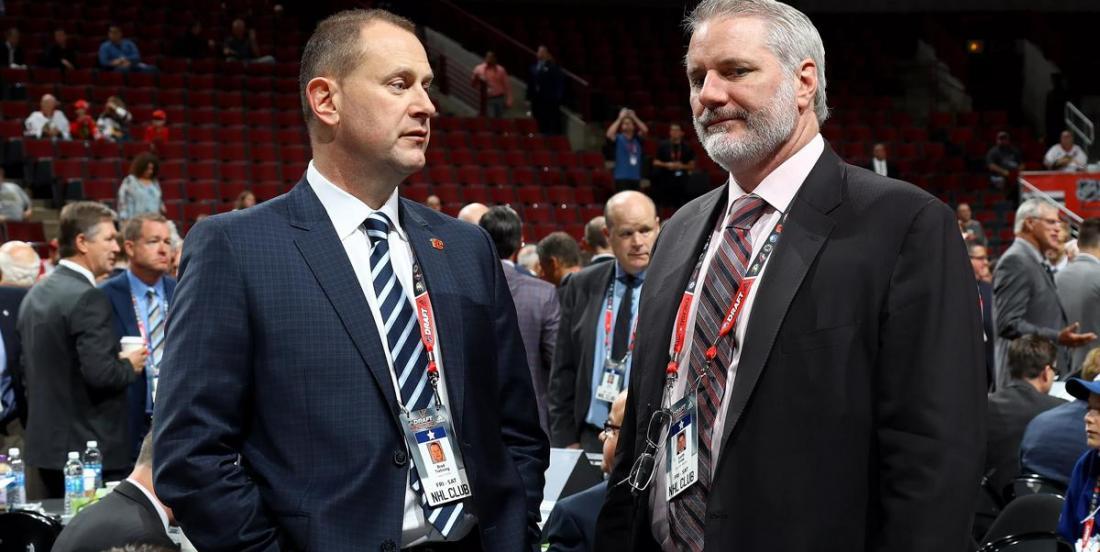 Despite the fact that there have been some tremendously disappointing teams this season (looking at you Edmonton Oilers, Ottawa Senators, and Montreal Canadiens!), there is only one general manager who lost his job this season: Ron Francis, of the Carolina Hurricanes. He was actually "promoted" to President of hockey operations, but it doesn't really feel like a promotion for him, as the new GM will report directly to the owner, Tom Dundon.

Now, who's next? Montreal Canadiens' owner Geoff Molson has said multiple times over the past few days that GM Marc Bergevin was here to stay. Same thing for Pierre Dorion and the Ottawa Senators. TSN insider Darren Dreger believes New York Islanders general manager Garth Snow might be at risk of getting fired, depending on what happens in the John Tavares saga.

Here's what he had to say about that on Buffalo's WGR 550:

Well look, Garth is a pro,” noted Dreger. “He’s been around the game forever, both as a player and now as a manager. So if he were to be let go, I don’t think that would come as a shock to him. I mean, it’s a results-driven business. If he’s not capable or successful in signing Tavares – the jewel of the operation – long term, then ownership of the Islanders is going to look at him and go, ‘Really? What happened here?’ Now in saying that, ownership is also reasonably close to Pat Brisson, the agent for John Tavares. So it’s not like Garth Snow is keeping his owners in the dark. He’s not. They’re involved."

But the fact that the owners are involved in this whole thing doesn't necessarily mean they completely agree with how Snow has handled the negociations:

And I think if you want to be critical of Snow and the Islanders, maybe they’ve been too patient and appreciative of John Tavares and giving him his space. Maybe what they should have done along the way is hit Pat Brisson with a contract extension offer every week since the beginning of the season or back to July 1 when they can talk extension to try and get him to sign long term. They didn’t do that. Again, it’s hard to be overly-critical, but that’s not the position that other teams would have taken.”

I guess we will have to wait and see. Which GM do you think will get fired next?

If you had asked me 3 years ago if there was any chance that the New York Islanders would be trading star forward John Tavares at any point in the future I would have laughed, and I would have felt extremely confident in saying "no." That being said things around Tavares have been anything but cut and dry as of late, and it seems like the momentum towards an eventual trade has been building and building over time, and now it seems more likely than not that he will in fact be traded this summer.

If you had asked me two years ago if there was any chance at all that the New York Islanders would allow Tavares to enter this current season without a new contract already secured, again I would have felt extremely confident in the "no," you would have received in response. However despite the fact that the Islanders themselves had hinted that they wouldn't allow this scenario to unfold, Tavares did enter the season without a new contract.

If you had asked me just 2 months ago if I thought there was any chance that Tavares would be a New York Islanders beyond the National Hockey League's trade deadline, when you consider the fact that he had not signed a new deal, again I would have been very confident in the "no," I gave you. Despite that the trade deadline came and went and the Islanders seemed perfectly content to risk losing their very best player for absolutely nothing this summer.

So why in the world would the New York Islanders take such a risk? Well as it turns out there may be more than meets the eye here, and perhaps unsurprisingly it seems like New York Islanders general manager Garth Snow may know something we don't. In fact it sounds like the Islanders may be guaranteed to get something out of this deal no matter what happens this summer.

During Thursday night's edition of Insider Trading on TSN, the insiders revealed that there may be a new wrinkle in the trade rumors surrounding the Islanders captain, a wrinkle that would appear to indicate there is a high likelihood that he will in fact be traded by the Islanders at some point during the summer.

TSN insider Pierre LeBrun revealed that both Tavares and the Islanders may be looking at some type of sign and trade deal even if he were to decide to leave to another team, a deal that would guarantee the Islanders some return for their All-Star captain.

"If he does decided to leave Islanders, and he hasn't made that decision yet, a sign and trade; we haven't had one in the cap era this would be exciting... It's a possibility," said LeBrun.

So it's clear why the Islanders would be on board with this idea, but why would Tavares himself be open to the idea of costing his new team some potential assets in order to help the Islanders, a team he presumably won't be playing for in the future?

"I can tell you this, this is why it would make sense under certain conditions. It would be about John Tavares wanting the eighth year on that contract which he can only get by signing with the New York Islanders and being flipped to another team."

So that covers the Islanders and Tavares, by why would a team trade for him when they could just sign him as a free agent? Well there's an advantage there as well.

"If you're the team acquiring him, the eight year would lower the average annual value, lower the cap hit on what you're paying him."

LeBrun believes that a sign and trade is now "certainly a possibility."