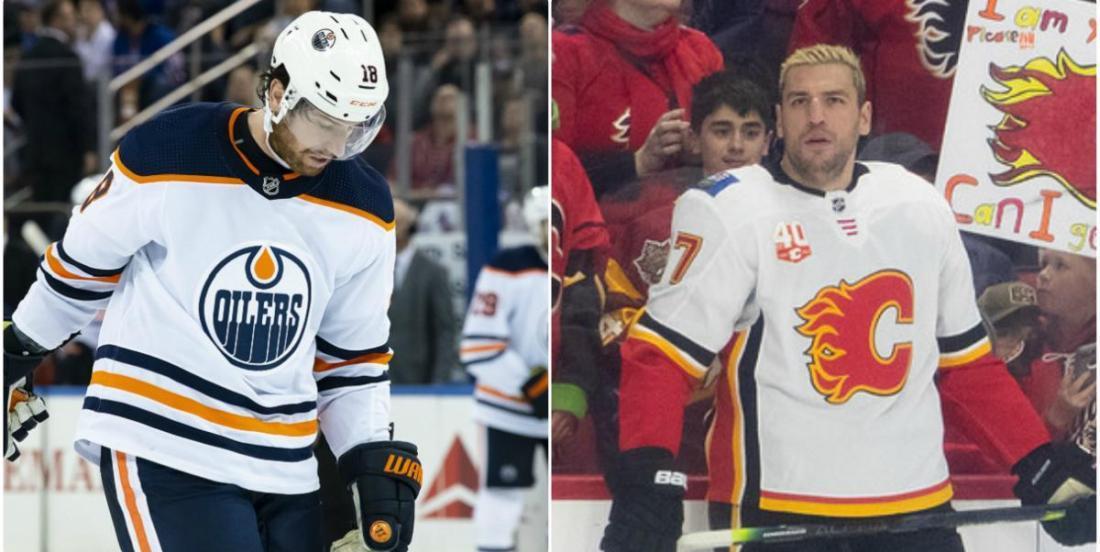 One of the oddities that has emerged as a result of the National Hockey League being forced to suspend the 2019 - 2020 season has been the numerous trade deals that have, until now, been left in limbo. A number of trade made at, or prior, to the league's trade deadline in late February had conditions attached to them that related to the Stanley Cup Playoffs and as a result no one really knew how the NHL would rule on those trades given the rather unusual circumstances.

Over the weekend however the league has begun to make tough decisions regarding some of these trade deals and no doubt as a result it will result in some happy, and some not-so-happy reactions from the teams and their respective fan bases. One of the big ones that was hanging in that aforementioned limbo was the high profile trade that took place between bitter rivals the Edmonton Oilers and the Calgary Flames. Of course the main pieces of the trade were forwards James Neal and Milan Lucic, but there was a conditional draft pick hanging in the balance and we now know how that part of the deal will play out.

It remains to be seen how this will be received by the Oilers however, given that the conditions they laid out in the trade were not met. At the time of the deal the Oilers attached 2 conditions to the third round pick in this deal, the first being that Neal would outscore Lucic by 10 goals and the second that Neal would record at least 21 goals with the Oilers. At the time the season shut down neither of those conditions had been met, although it would not have been unreasonable to expect both of those conditions to be completed under a normal season.