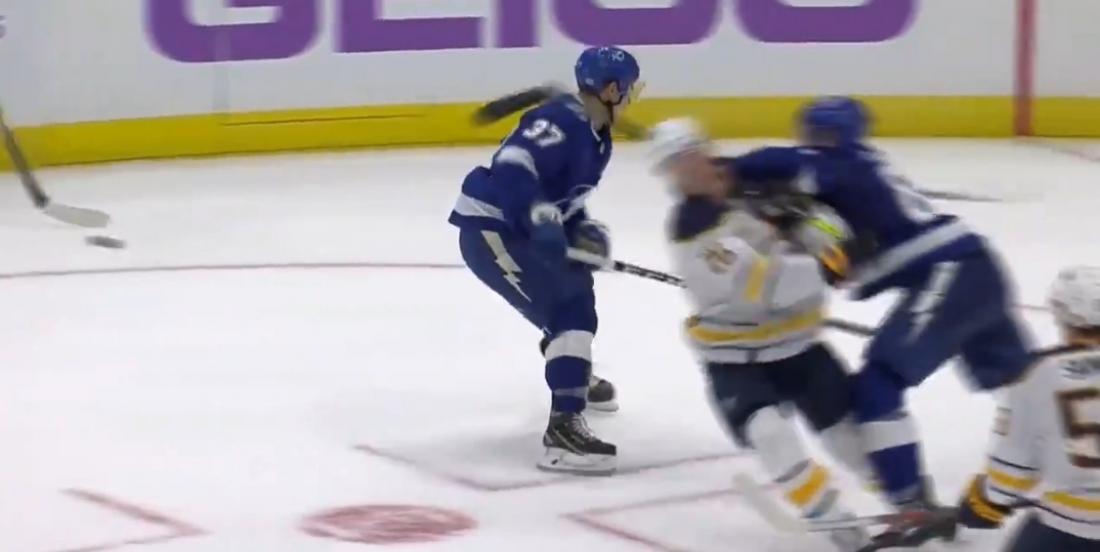 The referees might not have seen it on the ice, but the NHL’s Player Safety department did not waste time reviewing the play and making the right call.

On Monday night, Dahlin’s left the game late in the second period and after taking an unpenalized high hit from Cernak.

The 19 year old former 1st overall pick from the 2018 NHL Entry Draft has one goal and 16 points in 23 games for the Sabres this season.

After last night’s game Sabres head coach Ralph Krueger confirmed the worst, telling the media that Dahlin has in fact suffered a concussion.

Krueger will be happy with the league’s decision on the dangerous play. However, this is what the bench boss had to say about his star player before the suspension was made official.

“We’ll let the league deal with the judgement of what happened. Right now we’re just worried about Rasmus and getting him healthy and hoping it’s not a long-term injury.”

All the best to Dahlin.