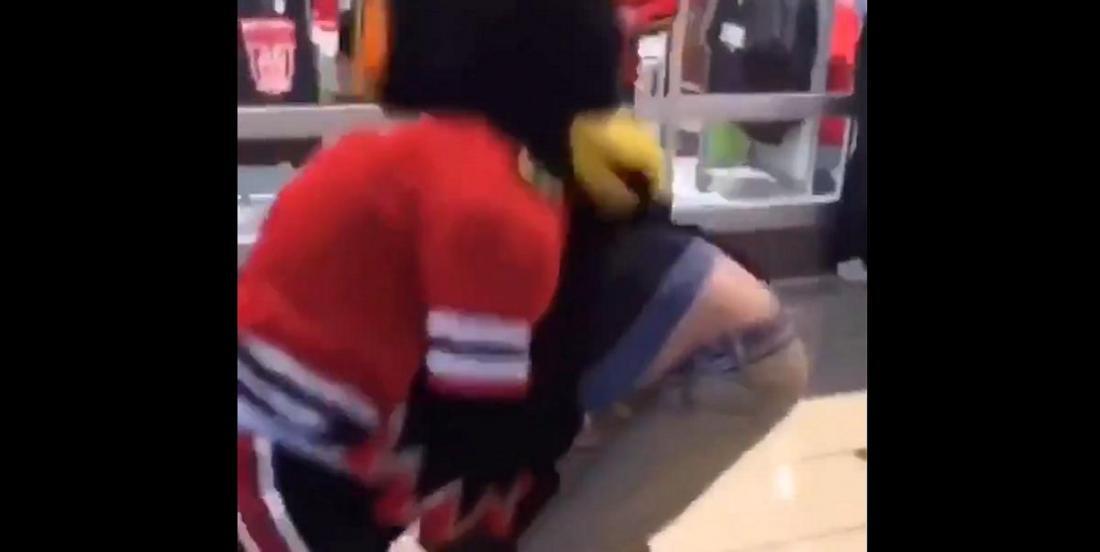 One of the National Hockey League's mascots has just been caught in a very unflattering situation.

A video recently published on social media appears to show Chicago Blackhawks mascot, "Tommy Hawk," attacking a fan and hurling him to the ground, although the clip itself only lasts just a few short seconds. In the video the fan appears to be standing idly by before Tommy Hawk charges him, scoops him up off the ground, and drives him down to the floor before continuing to grapple with the unidentified gentleman in the video.

Needless to say this is the last thing the National Hockey League wants to see, after all mascots are used almost exclusively to promote the game to young children, but by the sound of things it may not be Tommy Hawk who is to blame in this scenario. Although not much information remains available at this time, Barstool Sports' Chief does appear to have the inside scoop on the matter and he put the blame squarely at the feet of the unruly fan in the video.

Some asshole basically attacked Tommy Hawk. Tommy gave the guy the business. Guy then ran away and wasn’t caught by security.

If Tommy Hawk, or the man under the costume, was in fact attacked by the man in the video that it certainly would serve to paint his actions in the short clip in a very different light. You never want to resort to violence, especially not at a sporting event where everyone is meant to be having fun and young children are often around, but if you are in the process of being physically assaulted it absolutely is within your rights to defend yourself. Now we still do not know that this is what happened for sure as we only have a single source on the matter at this time, but it sounds like like Tommy Hawk may be off the hook here.

As for the fan I would not be surprised if his picture is circulated to security at the venue and I would be even less surprised to see him earn a lengthy ban if he did indeed assault the mascot.