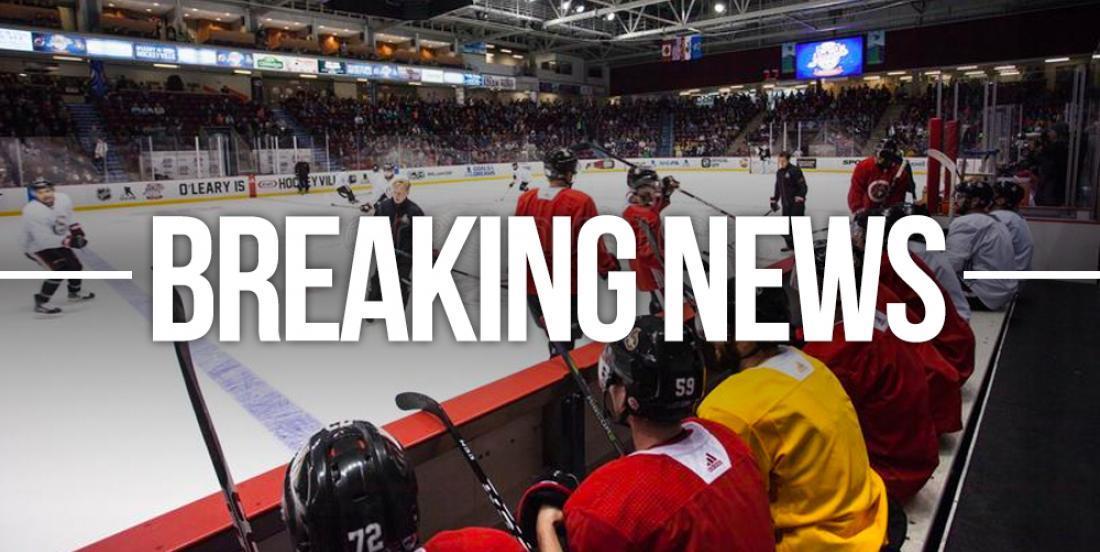 According to a report from Ken Warren of the Ottawa Sun, an Ottawa area arena has been granted permission from the Ontario Provincial government to re-open, provided that no more than five people are on the ice at a time.

The Minto Arena, a private facility on Lancaster Road, has received Ontario government approval to re-open, providing that no more than five people are on the ice at any time.

There will be other strict codes of behaviour in place, including maintaining proper physical distancing at all times within the building.

Minto Arena general manager Scott Lawryk says that his rink has been booked solid since news of its re-opening went public. “It has been pretty busy from our standpoint and we’ve had lots of enquiries in the past 24-48 hours. A lot of skating schools are checking it out, along with the pro and minor pro players.”

“Any activity on the ice has to abide by physical distancing,” said Lawryk, who contacted the provincial government for approval and guidance after Ontario Premier Doug Ford announced that Stage One of the province’s reopening plan would begin on Tuesday. “A lot of people are using it as a coach and four players. You’re not going to have conventional hockey. You’re not going to have any situations, for instance, where you might have puck battles.

“We have three ice surfaces and we’re only using one – the international ice surface – so it’s easier to maintain the distance. Five people on the ice shouldn’t be an issue.”

Players are being asked to show up at the rink dressed and ready to go, to limit exposure time in the facilities’ dressing rooms. Once skaters hit the ice, the rooms will be thoroughly disinfected and ready for the next group of skaters. Skaters will leave the ice through a separate exit room.

“We worked in consultation with the province,” said Lawryk. “We’ve developed an entrance/exit strategy for the building where nobody is backtracking or crossing paths.”

“Some people might say it’s overkill, but we would rather be on the safe side.”