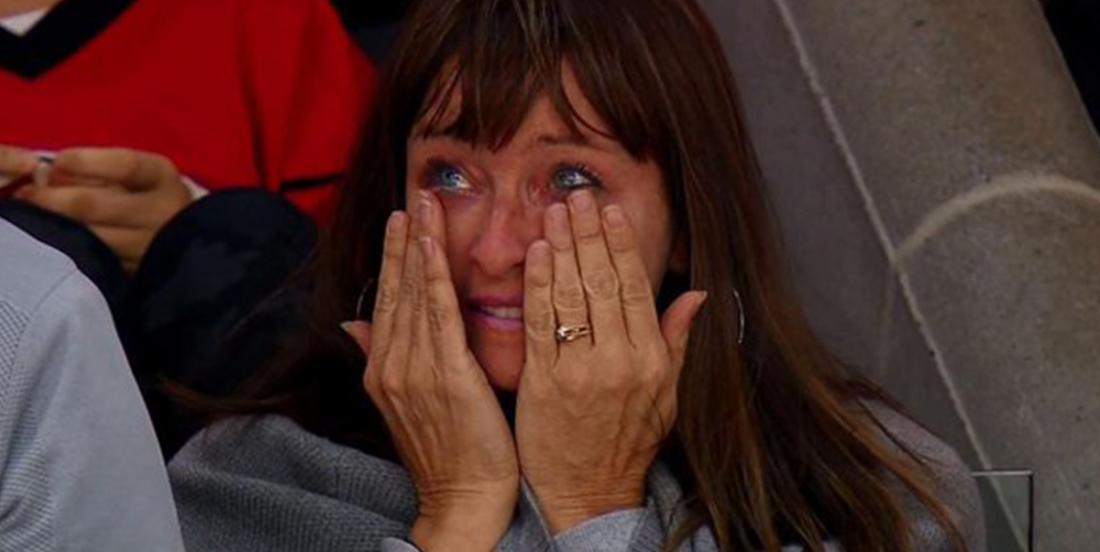 So sweet. Such a special moment.

Ottawa Senators rookie Maxime Lavoie made his NHL debut tonight playing in the Sens’ season opener against the Chicago Blackhawks at Canadiane Tire Centre in Ottawa, Ontario and boy… did he EVER make a first impression.

As TSN broadcaster Gord Miller says in the above clip, Lajoie considered just playing in tonight's game to be a "dream come true," well just imagine how the kid feels now. His dream has come true, he's an NHL goal scorer and no one can ever take that away from him.

Even better? His according to Sens reporter Ian Mendes, Lajoie's grandparents were reportedly in the crowd, a well.

Max Lajoie pots his first NHL goal in his first NHL game. With his grandparents from Quebec City in the building to witness the feat. What a cool moment.

How cool is that?! Again, such a special moment for Lajoie and his family.

The 20 year old rookie played almost the entirety of the 2017-18 campaign with the Senators' American Hockey League (AHL) affiliate Belleville Senators scoring just a single goal and 15 points in 56 games. The 6 foot one, 185 pound defenseman has never been a big point producer, but did manage seven goals and 42 points in 68 games during his last season of major junior hockey with the Swift Current Broncos of the Western Hockey League (WHL). The former 5th round pick (133rd overall) of the 2016 NHL Entry Draft isn't a lock to stick with the Sens long term, but there's no doubt that the absence of former captain Erik Karlsson has thrown a wrench into the entire Senators' organizational depth chart on defense. If Lajoie can keep up his strong play and build on this early bit of offense, he'll make it impossible for the team to send him down to the AHL.