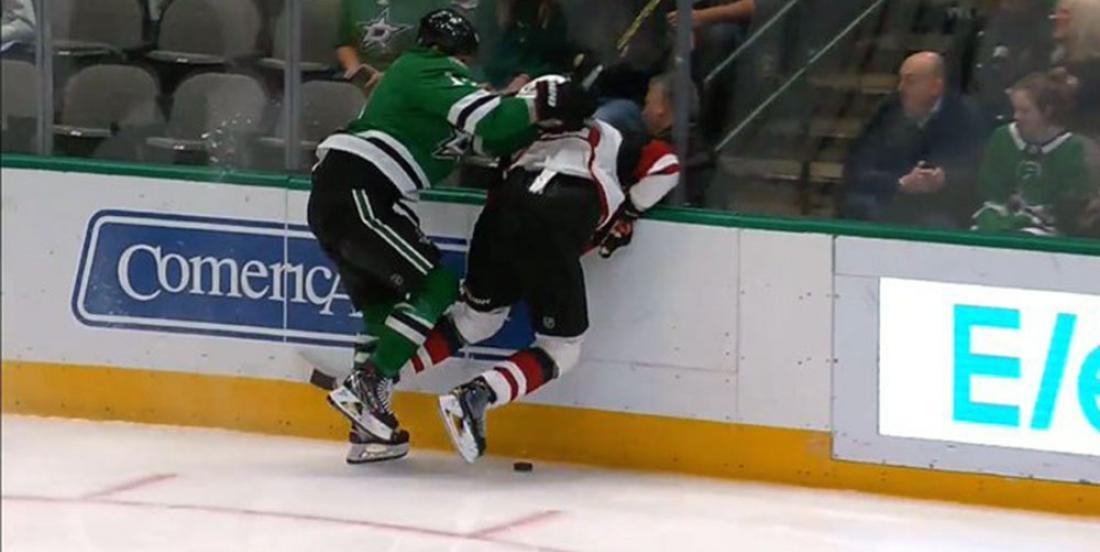 In case you missed it last night, Dallas Stars captain Jamie Benn earned himself a game misconduct for a hit from behind on Arizona Coyotes captain Oliver Ekman Larsson.

While attempting to play a puck along the side boards in the defensive zone, Ekman-Larsson throws on the brakes while Benn goes full bore right at him, pushing Ekman-Larsson directly on the numbers and driving his head into the glass.

Ouch. Not a good look for Benn.

This is likely worth a game or two suspension, right? Think again…

According to a report from Stars insider Matthew DeFranks, there will be no supplemental discipline administered to Benn for the hit.

No official confirmation from NHL Player Safety or George Parr’s himself just yet, but based on fan reaction this is NOT a popular decision.