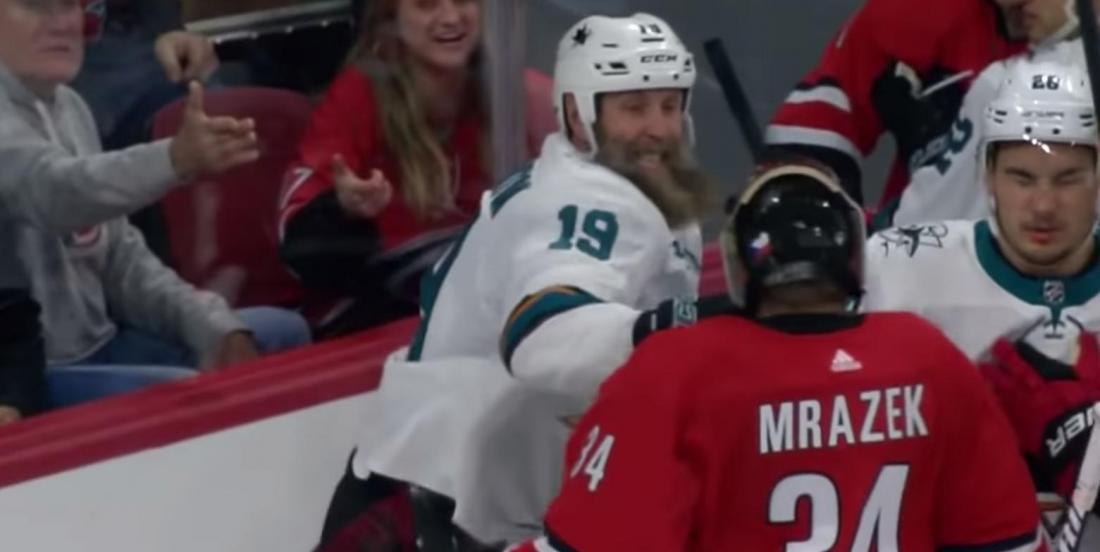 No one expected this, but last night’s contest between the San Jose Sharks and the Carolina Hurricanes was an exciting one!

The highlight of that game, which ended with a Canes’ win in a shootout, came midway through the second period when all Hell broke loose and veteran beloved player Joe Thornton was at the centre of it all.

On Friday morning, Sharks insider Kevin Kurz of The Athletic investigated with the NHL to see if the league was going to review and possibly suspend Thornton for his actions.

He was relieved to fight out that Thornton won’t face any discipline from the league for punching Mrazek.