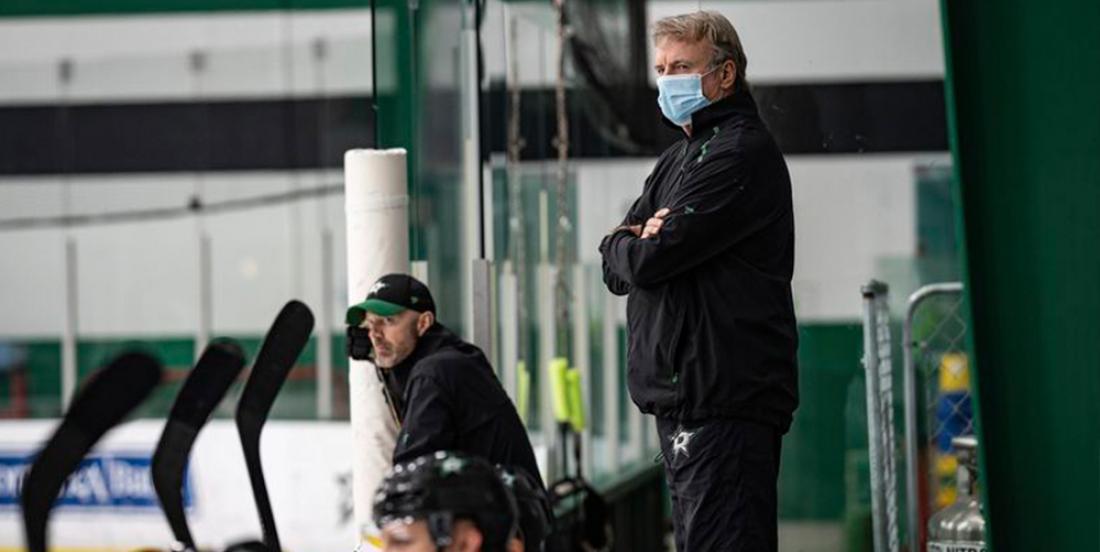 With the NHL’s Return to Play plan firmly in place and with training camps currently taking place across the league, hockey fans might notice something different behind the bench. Coaches from across the NHL are embracing a new way of coaching and it involves wearing a mask while on the bench or on the ice.

“It’s a different world out there,” Bowness, 65, said. “I’m going to have to adjust to it, there is no question. I just want to make sure I’m cautious, which we’ve been since this virus started, and I will continue to do that. My health — hey, I’m a grandfather now, my first grandkid. I intend on playing some golf with that kid down the road. I intend on being here a lot longer. So, yeah, am I going to be careful? Absolutely.”

“We’re all doing everything we can not to bring it into our locker room,” Bowness said. “Give our players credit, as well, because this is a big sacrifice for everyone and they’re looking after themselves.”

Other coaches, like 58 year old New York Islanders’ bench boss Barry Trotz, aren’t sure exactly what they’ll do but are considering wearing a mask.

“I don’t know exactly what I’m going to do,” Trotz said Wednesday on his 58th birthday. “I’m not too concerned. I’m in pretty good health, but it affects everybody differently if you do get it. I don’t want to get it, so there’s a good chance I could have a mask behind the bench, but I haven’t decided yet. I should say I don’t want to give it to anybody if I have it, but I don’t.”

Any way you look at it, we're living in a new world. The world is changing so why not embrace change? Here's hoping that every single coach, player, employee and media member can perform to the best of their abilities and get through the NHL's Return to Play in good health.

For more on this story, check out Stephen Whyno's article for the Associated Press below: