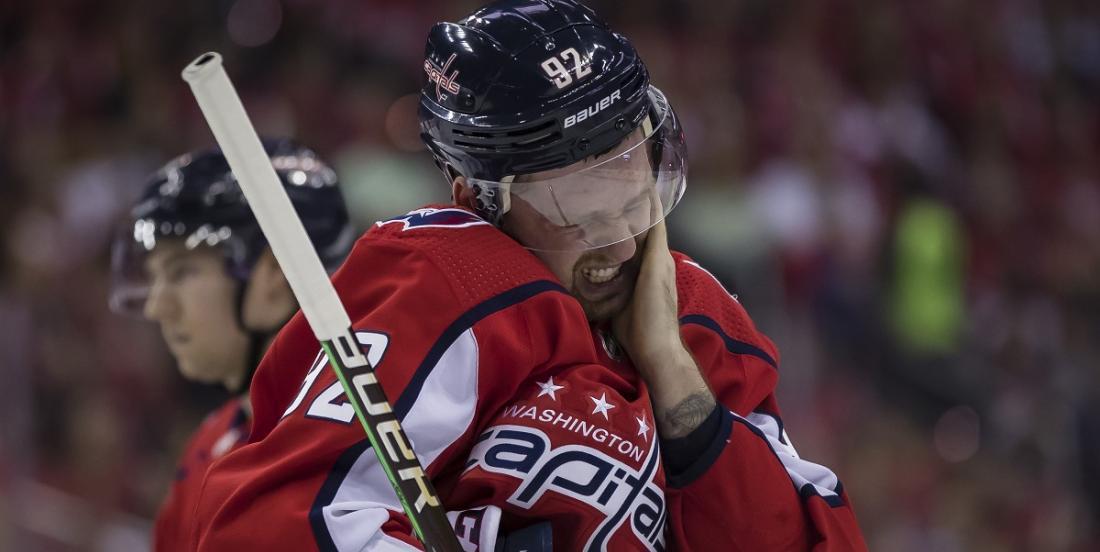 One of the National Hockey League's top stars has just landed himself in hot water, and may have embarrassed the NHL itself in the process.

The International Ice Hockey Federation has announced that Washington Capitals star forward Evgeny Kuznetsov has been banned from international competition for the next 4 years after the Russian star tested positive for cocaine during a recent drug test. Not only is it a major scandal for such a prominent star in the NHL to test positive for such a substance, it also raises a ton of question regarding how effective the National Hockey League's in house drug testing really is.

You see all the way back in May of this year a video featuring Kuznetsov had surfaced online, and in that video were some rather damning images. Although the Russian star is never seen abusing cocaine on video, he could be seen standing in extremely close proximity to a white substance that had been chopped up into lines on a mirror of all things. It was readily apparent from the video that was provided what was going on here, but Kuznetsov came out after the video surfaced and issued a statement stating that he had never abused cocaine and had no interest in doing so moving forward either.

That apparently was enough for the NHL's own investigative team who issued no discipline to Kuznetsov following the incident, and making themselves look like the most gullible investigative body every assemble for any task in the process. Although the NHL itself may have been fooled into believing the absurd claims being made by Kuznetsov, it seems that the IIHF would not be so easily swayed. Although I can not be certain that the video from May was the motivating factor behind Kuznetsov being tested by the IIHF, the fact that the test came down so far from an international event and so close to the release of the footage suggest to me that this was no mere coincidence.

As a result of this Kuznetsov has now been forced to admit what most of us realized all along, that he has in fact been using cocaine as a recreational drug.

It is obvious that the biggest blow to Kuznetsov here will be his inability to represent his home country on the international stage for the next 4 years, a harsh penalty for using a substance that the NHL does not classify as performance enhancing. That being said Kuznetsov was fully aware of the IIHF's stance on the use of this drug and chose to ignore the rules to his own detriment.

The other concern here is that Kuznetsov is coming off of a down year, something that could potentially be related to his abuse of the drug. That is of course only speculation at this time, but it certainly will be interesting to see if Kuznetsov can bounce back from this and repair the reputation he had built for himself as one of the NHL's best playmakers.

We wish him nothing but success in his recovery.