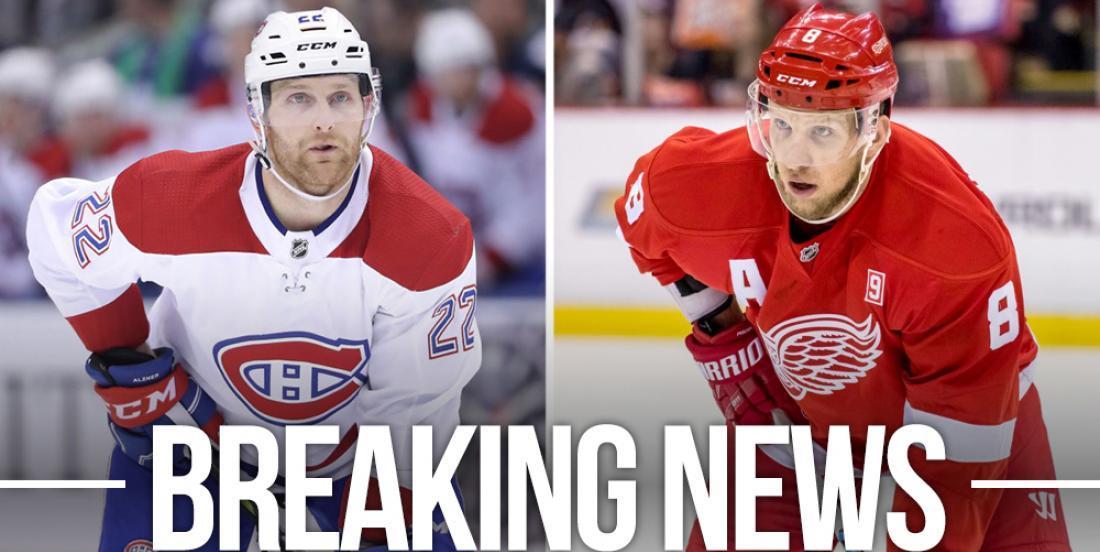 A pair of big money buyouts in the NHL today.

This just in, Justin Abdelkader of the Detroit Red Wings and Karl Alzner of the Montreal Canadiens have both been placed on waivers for the purposes of a buy out from their respective teams.

With Abdelkader's buyout, the Red Wings will save about $3 million in actual cash and will be forced to carry a $1.8 million cap hit in 2020-21, with a slight raise and a slight drop over the next six seasons. Here's the entire cap implications for the Red Wings and GM Steve Yzerman:

The 33 year old Abdelkader will now hit the open market as an unrestricted free agent for the first time in his career. He's a lifelong Red Wing, playing all 739 career NHL games with the team. He has 106 goals and 252 points over the course of his 13 year NHL career.

As for Alzner, The Canadiens take a big hit in 2020-21 and will be paying nearly $4 million for Alzner, before it drops to $2 million in 2021-22 and down even further in subsequent years.

He'll also hit the open market as an unrestricted free agent, but at 32 years old and with only 13 NHL games played over the past two seasons, it's difficult to see him getting another shot in the big leagues. It'll likely be retirement or another year in the AHL for Alzner.