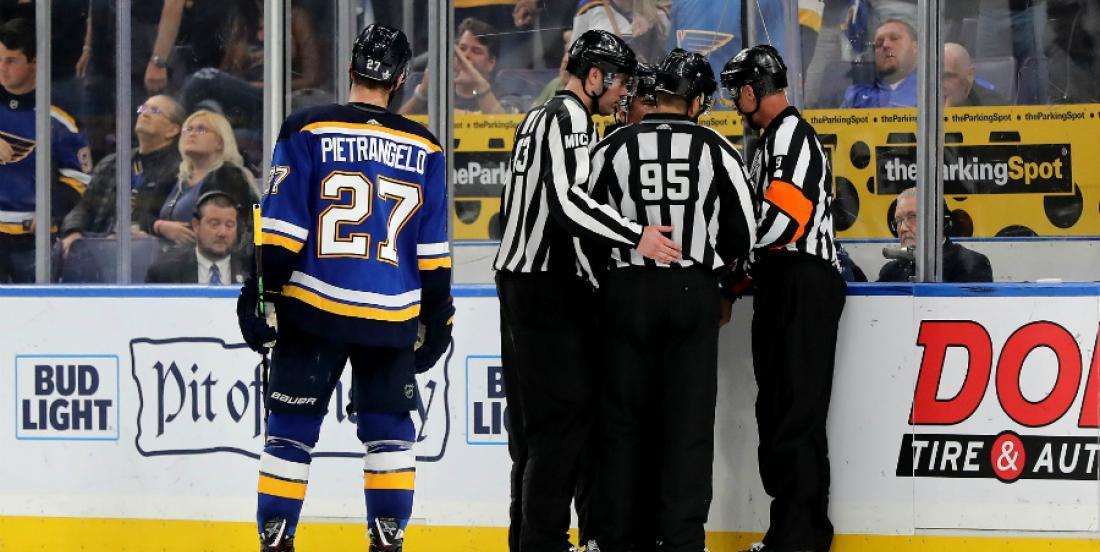 The National Hockey League is typically slow to make any real changes to its game, however, there was a least a step in the right direction on Tuesday when the Competition Committee met in Toronto to discuss new rules recommendations.

Aside from video review, also changes coming for helmets off during play, puck out of bounds, faceoff procedure, and regular season standings tiebreakers.

As Pierre LeBrun points out, recommendations included “dropping OT for calculating the tiebreaker just like shootouts. So just 60-min wins. Plus a few other tiebreaker tweaks.”

However, some fans will be disappointed to find out that the NHLPA has also requested more video review in the process.

Are there too many already?!

Expanded Video Review/Coach's Challenge  The Committee recommends changes to the Coach’s Challenge and expanded video review, including as it relates to a Referee’s ability to review some of his own calls on the ice. Recommendations will be prepared for the League’s Board of Governors, General Managers and the NHLPA’s Executive Board.

Helmets Off During Play  The Committee recommends work on a rule construct for implementation next season that would reasonably require a player to leave the ice in the event his helmet comes off during play.

Goalies Unnecessarily Freezing Puck  The Committee recommends that the defensive team not be permitted a line change when a goalie freezes the puck on any shot from outside the center red line. The offensive team will have the choice of which end zone dot the face-off will take place.

The new rules recommendations still require approval by the NHLPA's Executive Board and the NHL's Board of Governors, at which point the language of the rules will be formalized.