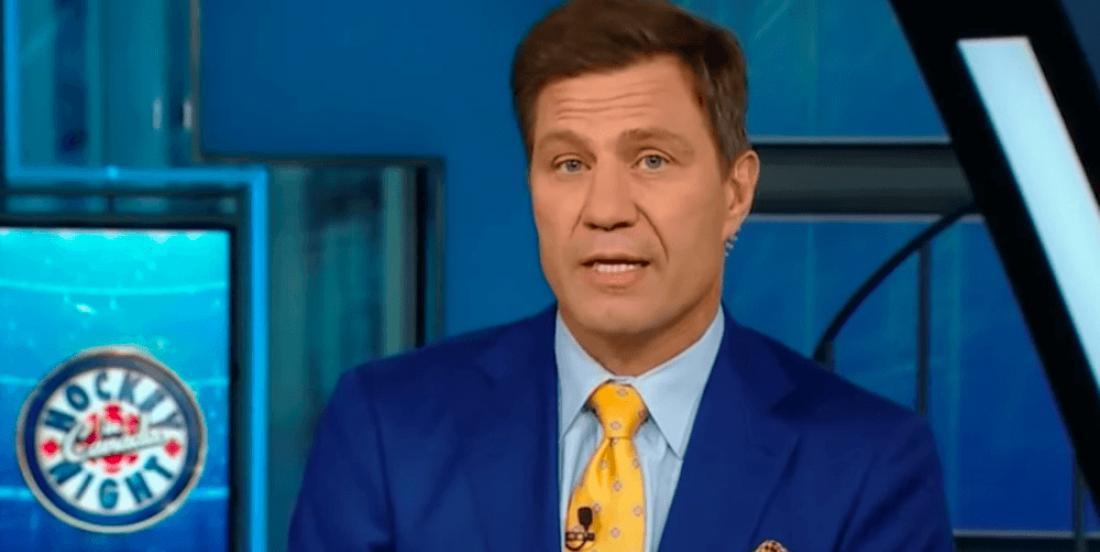 It’s been almost a full calendar year since longtime hockey insider Nick Kypreos parted ways with Sportsnet. Kypreos, who had been with Sportsnet his entire career in media was let go along with fellow insider John Shannon and analyst Doug MacLean, as well.

Kypreos made the announcement himself, issuing a statement on Twitter.

Kypreos had been with Sportsnet since the company’s inception back in 1998. He was instrumental in helping the network gain legitimacy in its early days and has been Sportsnet’s biggest insider for over two decades.

In the aftermath of his falling out with Sportsnet, Kypreos started a cocktail company called Little Buddha, but is now coming back to the game he loves. Earlier today, Kypreos announced his return to the hockey media sharing the news that he has joined i3 Interactive’s new betting platform LineMovement.com and will host a daily show called “Real Kyper at Noon”.

Love it! Love the Doug MacLean teaser too!

Read below for the full press release courtesy of I3 Interactive:

Toronto, ON – July 14, 2020 – i3 Interactive Inc.(“i3 Interactive” or (the “Company”) (CSE: BETS), is pleased to announce the signing of Nick Kypreos as Director of Hockey Operations at its recently launched sports content platform, LineMovement.com

In 1998, Nick Kypreos retired after a twelve-year professional hockey career to helping launch a then-unknown Canadian cable sports station called CTV Sportsnet. For over two decades, his hard work and dedication played a key role in the rise of the current network now known as Roger’s Sportsnet.

Mr. Kypreos began a popular radio show, Hockey Central at Noon, which went on to become the highest-rated radio hockey show at the time. Nick will be starting a new daily show, RealKyper at Noon, exclusive to our media platform. The show will provide the same type of informative, fun, and passionate energy that hockey fans have enjoyed from Kypreos for over 20 years.

Mr. Kypreos commented, “I am thrilled to announce the launch of my new hockey show on LineMovement.com. The show happens to be in my favourite time slot, and will include many A list hockey guests, and exciting, familiar faces.”

Chris Neville, the CEO of i3 Interactive, said: “Fan engagement and unique experiences are crucial for quickly developing brand loyalty and converting for our affiliates. Partnering with Nick provides instant credibility and secures a massive database of nearly half a million followers, many of which are already potential bettors based in Canada, as well as hockey fans all over the world”.

Mr. Kypreos won a 1988 Calder Cup Championship with the Hershey Bears in the AHL. The pinnacle of his hockey career was a Stanley Cup championship in 1994 with the New York Rangers that ended their 54-year drought.

In broadcasting, his seat on Hockey Night in Canada and his coverage of the 2010 Vancouver Olympics are among his career highlights. The gold medal game between Canada and the USA remains the most-watched television broadcast in Canadian history with nearly one half of the nation tuning in.