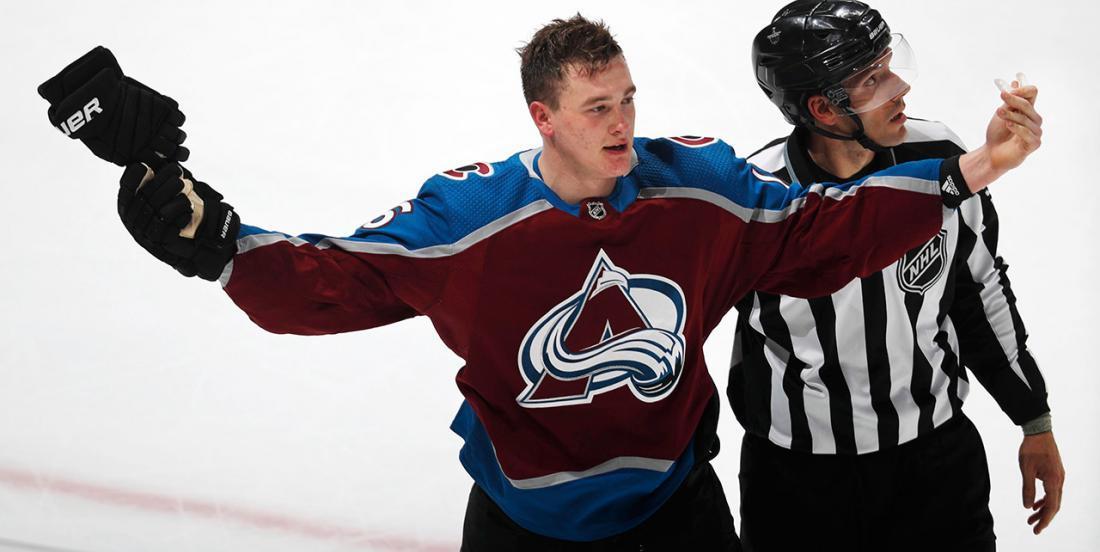 Nikita Zadorov usually does his talking with his heavy hits, but that didn't stop the newest member of the Chicago Blackhawks from taking a bit of a dig at his former team, the Colorado Avalanche.

By way of a quick re-cap, Zadorov's five-year tenure with the Avalanche ended Sunday as he was dealt, alongside Anton Lindholm, to the Chicago Blackhawks in exchange for Brandon Saad and Dennis Gilbert. Prior to the trade, he had accepted his one-year, $3.2 million qualifying offer for the 2020–21 season.

In an interview with Mark Lazarus of The Athletic, Zadorov was asked how it will feel going back to the Pepsi Center in Denver to play next season after spending so much time there.

"You’re pretty much playing in the United Center in Denver, too," said Zadorov. "Seventy-five percent of the fans are Blackhawks fans when we play them."

Ouch. The Blackhawks and Avs are, of course, division rivals and have had some really good playoffs battles over the years. Comments like this are bound to add some fuel to the fire going forward. Zadorov had a little more to add.

"I got a text from Patrick Kane right after I got traded. He said he’s really excited he doesn’t have to play against me anymore," said Zadorov.

The trading of Zadorov wasn't really unexpected. His contract was up and Colorado did not want to sign him long-term with young defensemen such as Bo Byram and Conor Timmins coming up through the system. He's also been in and out of coach Jared Bednar’s doghouse over the years.Zadorov will definitely add some grit and big hits to Chicago's lineup. We'll have to wait and see if Avs fans will attempt to pack their home arena the next time Chicago comes to town.