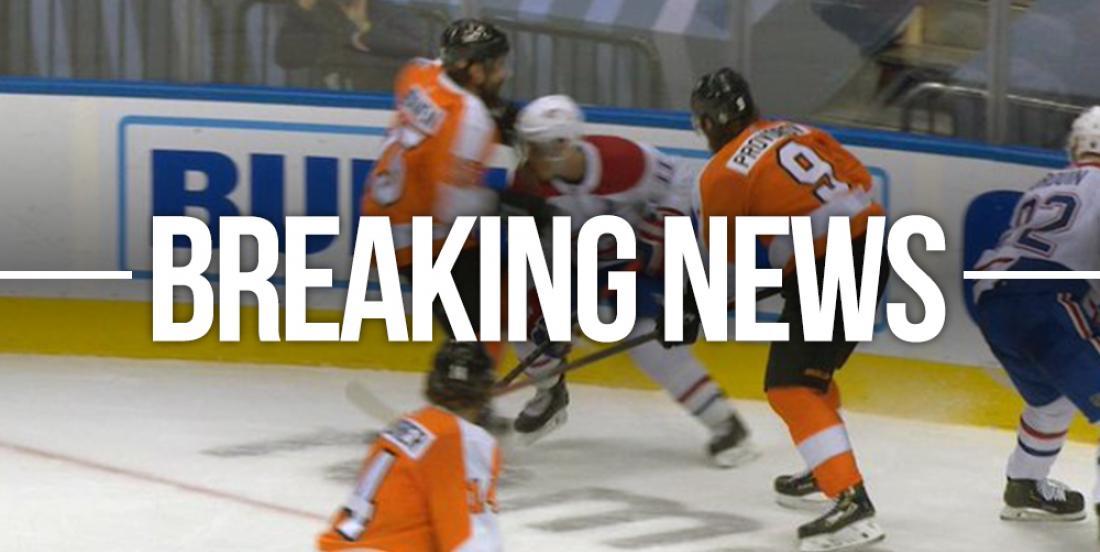 The hammer of justice falls on Matt Niskanen.

In case you missed the news earlier today, Philadelphia Flyers defenseman Matt Niskanen was been summoned by NHL Player Safety to answer for a crosscheck he laid on Montreal Canadiens forward Brendan Gallagher yesterday evening. It was an ugly hit that most felt would earn Niskanen some suspension time.

The Canadiens confirmed earlier today that Gallagher broke his jaw and will have to undergo surgery to repair it. He'll miss the duration of the Stanley Cup Playoffs.

Well now the hammer of justice has fallen for Niskanen and the Flyers. NHL Player Safety has announced that Niskanen has earned a one game suspension for his hit on Gallagher.