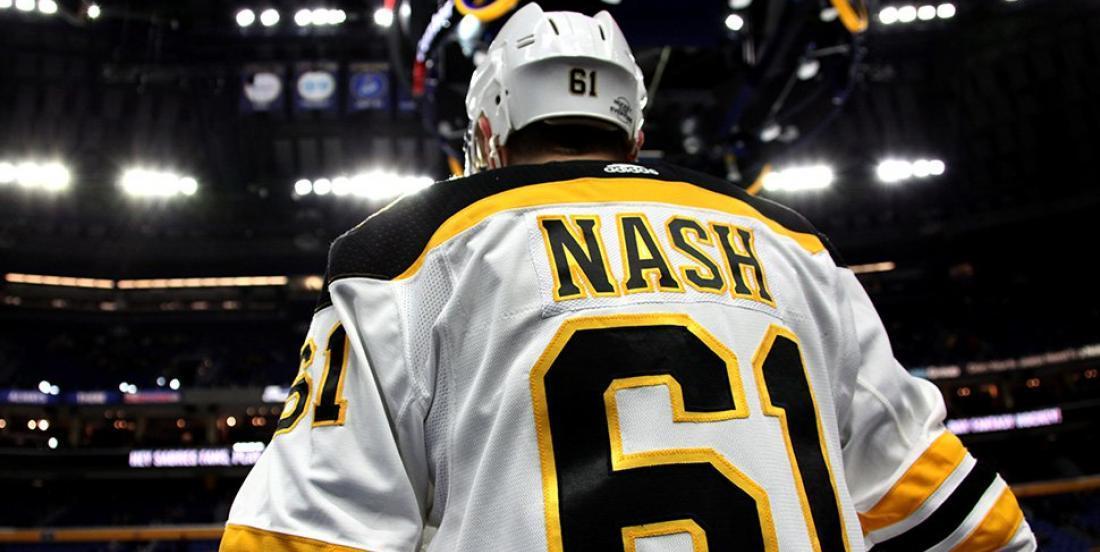 He may not be able to play again at all...

We all remember last season when the Nashville Predators shock everyone by announcing that former captain and star forward Mike Fisher would return to the team for the postseason run. What a great move that was for the veteran, who was looking at another chance for a Stanley Cup ring.

Many wonder as the season unfolded, if the same thing would happen with Rick Nash.

This past summer, Nash made headlines when he surprisingly took himself off the market before it even opened. The 34-year-old had been quite unsure on whether he should return for a 16th NHL season – especially after suffering a concussion in March while playing for the Boston Bruins , one of several documented head injuries he’s dealt with over a 1,060-game career.

Nash has yet to announce his retirement and many wonder if he could choose to sign with a club for the postseason to potentially win a Stanley Cup before hanging up the skates.

On Wednesday, NHL insider Bob McKenzie made it clear for everyone, as one viewer asked that very question during the NBCSN Overtime show.

“Well, there’s been a lot of talk as to whether Rick Nash might be a factor between now and the NHL trade deadline, might he sign as an unrestricted free agent to bolster somebody down the stretch,” explained McKenzie. “And the answer right now is an unequivocal no. There is no chance Rick Nash is coming back to play in the National Hockey League this season.

“And quite frankly, we’ve been concerned for some time because of the after-effects of concussions that Rick Nash may not be able to play again at all. But there’s been no official word from him just yet, but it’s certainly not encouraging Rick Nash resuming a career in the National Hockey League. But we don’t have anything official on that.

“But what I think we can say unequivocally is no chance in the world that he plays this season for anybody.”

We will have to see what it means for Nash's career and future as a professional hockey player moving forward. For now, it sounds like it could be the end of his NHL career for good...