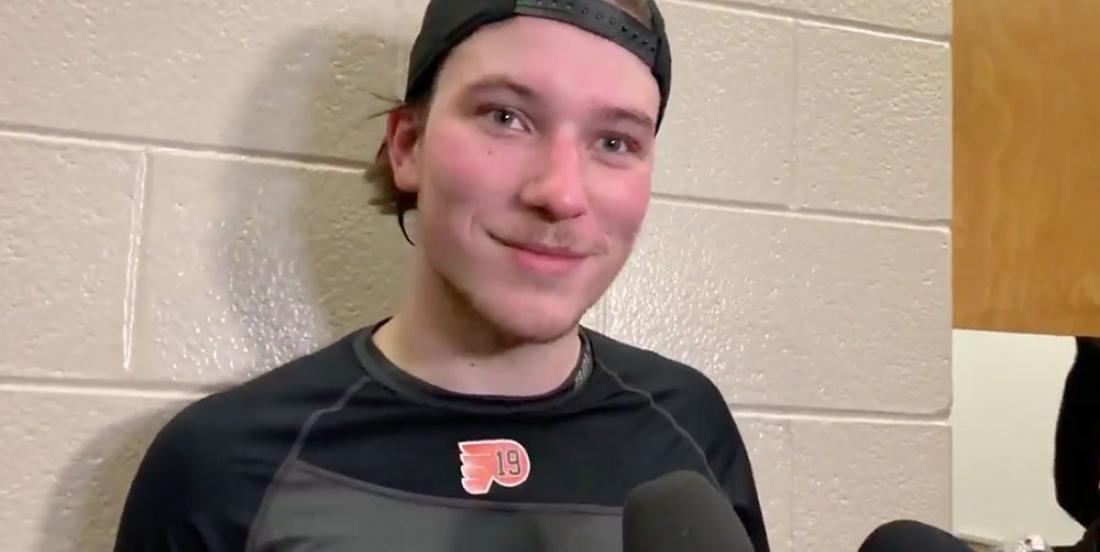 This just in, injured Philadelphia Flyers forward Nolan Patrick made an unexpected appearance at the team’s practice today and took part in full contact drills with his teammates for the first time since April, 2019.

This is certainly good news for Patrick, the Flyers and Flyers fans. Of course, the 21 year old former 2nd overall pick has yet to play this season after being diagnosed with a migraine disorder during training camp. He put up 13 goals and 31 points in 72 games played last season.

The supremely skilled and talented pivot has battled injuries throughout his young career, but none as serious as his latest condition. It’s unclear whether or not Patrick’s migraine condition has anything to do with the multiple concussions that he has sustained, but you have to imagine that the two conditions are related.

In any case, here’s hoping that Patrick has managed to put things behind him and is 100% healthy. If not, there’s no sense in bringing him back into the lineup anytime soon. Let the kid rest and come back when he’s ready to resume his career. In effect, he’ll get a restart button from all the detractors who have called him out as a draft bust up to this point.

The fact is, the kid is talented, driven and hardworking. Let’s let him show what he’s got and judge based on his results. I mean… who wouldn’t love to see more of this?

So… when will Patrick be back?

He wouldn’t put a timeline on things himself and even admitted that he made be sent down to the AHL may be a possibility, as well.