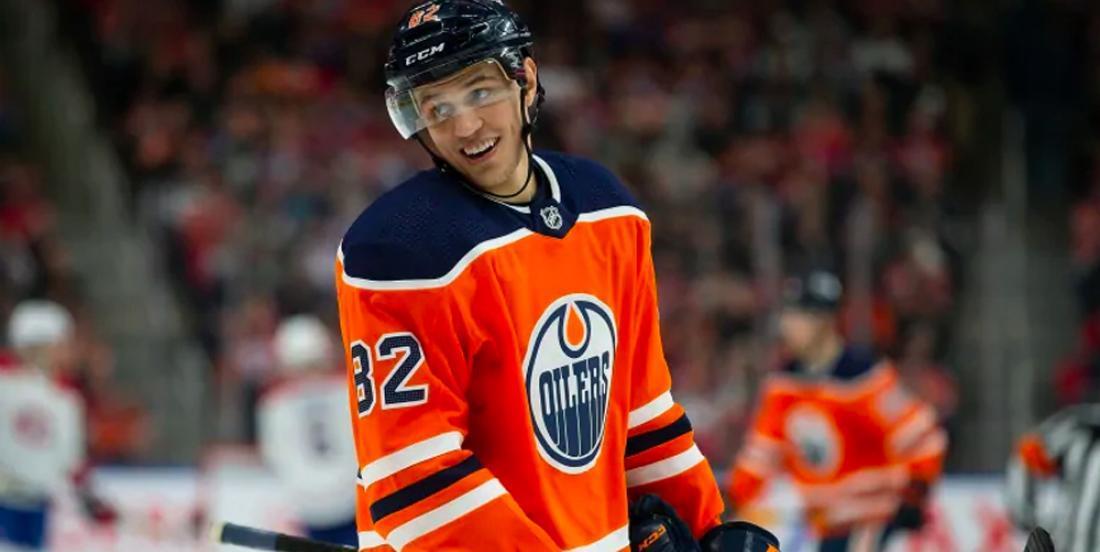 This just in courtesy of Edmonton Oilers insider Mark Spector of Sportsnet, Oilers defenseman Caleb Jones confirms that he tested positive for COVID-19 when he first arrived in Edmonton from his hometown of Dallas, Texas. Jones goes on to say that he did now suffer from any symptoms and is now "over it."

Caleb Jones says he tested positive for COVID-19 when he arrived from Dallas. Not many symptoms and over it now, the Oilers defenceman said.

Oilers d-man Caleb Jones says on today's media conference call he received an asymptomatic positive test for COVID-19 a couple weeks ago but he's "glad to be healthy & feeling good back on the ice."

Interestingly enough, Jones was deemed "unfit to practice" by the Oilers earlier this week. Lending creedence to the idea that the term "unfit to play" is just a blanket term for "contracted COVID-19".

From @EdmontonOilers Caleb Jones is unfit to practice and will not practice with the main group today.

In any case, Jones appears to be healthy and ready to contribute for an Oilers' blueline that will be without veteran Mike Green. Green, of course, opted out of the NHL's Return to Play plan earlier this month citing personal reasons. The 23 year old Jones managed to get into 43 games, a career high, with the Oilers this season and scored four goals and nine points along the way. He has dominated the AHL with the Bakersfield Condors the past couple seasons scoring three goals and 11 points in 14 games this season and a steady six goals and 29 points in 50 games just last season. He was originally drafted by the Oilers in the fourth round (117th overall) of the 2015 NHL Entry Draft.

It's also worth noting that Jones is brothers with Columbus Blue Jackets star defenseman Seth Jones. It's unclear whether the brothers spent any time together during quarantine and we're not going to speculate on Seth Jones' health, but if he has or had COVID-19 it would obviously be a HUGE blown to the team's blueline if the team were to lose him from their lineup.