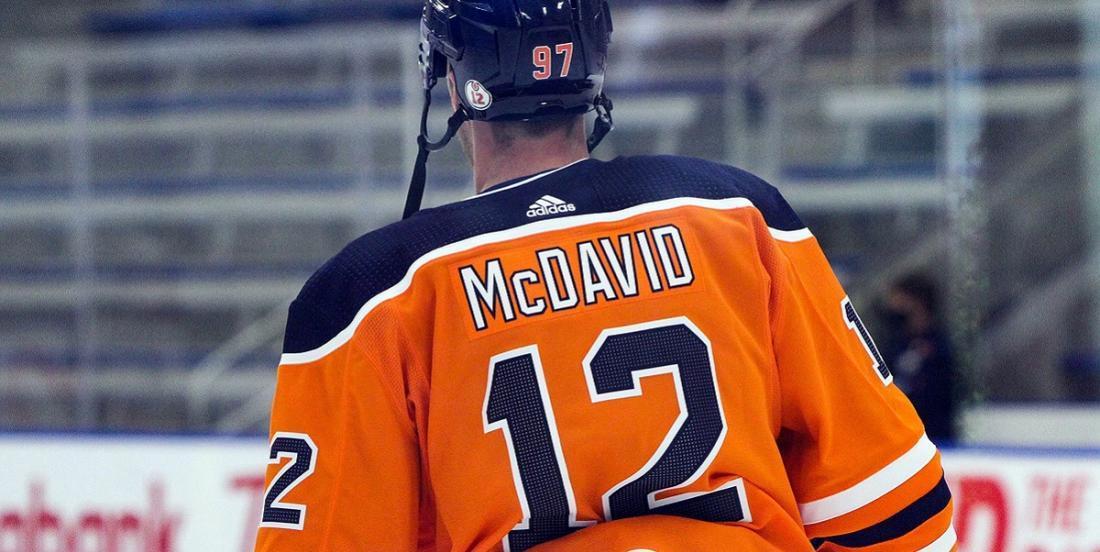 The Edmonton Oilers had a very special day at training camp on Saturday but it was one that was undoubtedly incredibly difficult for every single member of the Oilers roster. On Saturday the Oilers took to the ice for a scrimmage but more importantly it was the day that the team decided to set aside, this in spite of very limited time for training camp, to honor their fallen teammate Colby Cave.

Cave of course died earlier this year as the result of a colloid cyst that led to bleeding in his brain and would prove to be fatal. It was a shocking and tragic bit of news as no one could have possibly expected a young man, much less a young athlete in his athletic prime, to suddenly and tragically pass away from a health condition. It has left Colby's wife Emily Cave, the Cave family, and of course the entire Oilers organization and fan base devastated, but on Saturday the Oilers did their best to provide the family with some measure of comfort.

Not only did the Oilers players all wear Colby's number 12 on the ice on Saturday but the event was designed to help raise money for the Colby Cave Memorial Fund, and that is exactly where those jersey's will be going. Although the Oilers do not appear to have set a date just yet, understandable given the current circumstances, it sounds like each and everyone of the jersey's today will be auctioned off with the proceeds going to the foundation named in Colby Cave's honor.

Additionally the Cave family and Emily were in attendance today for the event, an event that hopefully brought them some measure of comfort knowing that the legacy of their loved one will live on. Colby's wife Emily however admitted that the moment was bitter sweet, stating that the realization that this could be the last time she would see his number on the ice had hit her hard.

The Oilers began and ended the scrimmage with a salute to Colby which you can see in the highlights from today's scrimmage below courtesy of the Oilers.